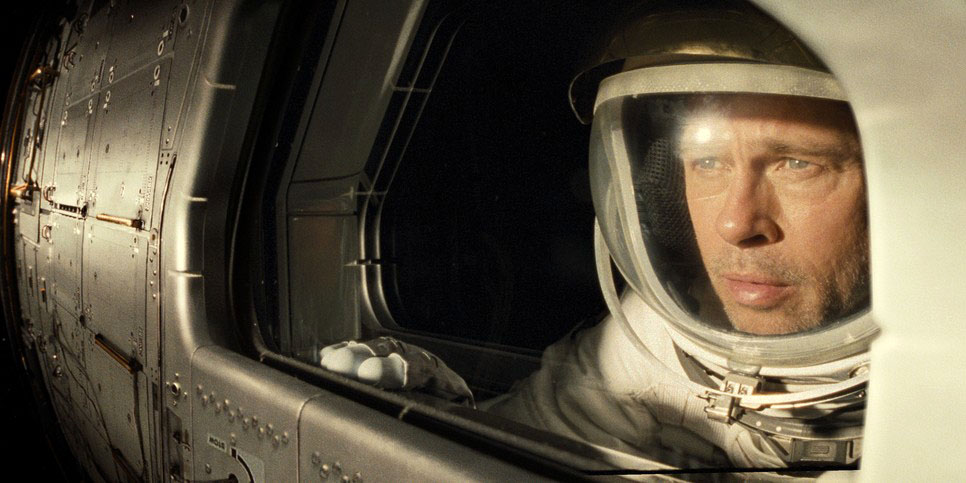 “Why can’t he just let it go?” Early on in Ad Astra, Donald Sutherland’s elder space explorer, Colonel Pruitt, muses about those drawn to space exploration: “A voyage of exploration can be used for escape.”

Decades earlier, his longtime friend and fellow explorer, Tommy Lee Jones’ Clifford McBride, abandoned his son and his wife to travel 4.3 billion kilometers out into space. His mission: Set up a research station at the edge of the Solar System to search for extraterrestrial intelligence. And then he disappears. A younger astronaut calls him the best of us. A great space explorer. As a man, his son, Roy (played powerfully by Brad Pitt), doesn’t want to become anything like him, even though his life has followed the same path. He’s also a space explorer, almost completely emotionally isolated from the people around him. When his father’s old research starts to threaten life on Earth, Roy must discover what happened to his father in an effort to avert the coming catastrophe. Per aspera ad astra means “through hardships to the stars.”

When Explorers are Fathers

James Gray’s films are often character studies on masculinity. His male protagonists navigate the expectations placed on men and the alienating effects of patriarchy on them. He does this through traditionally masculine-dominated genres, like gangster films, exploration tales, and now, science fiction. 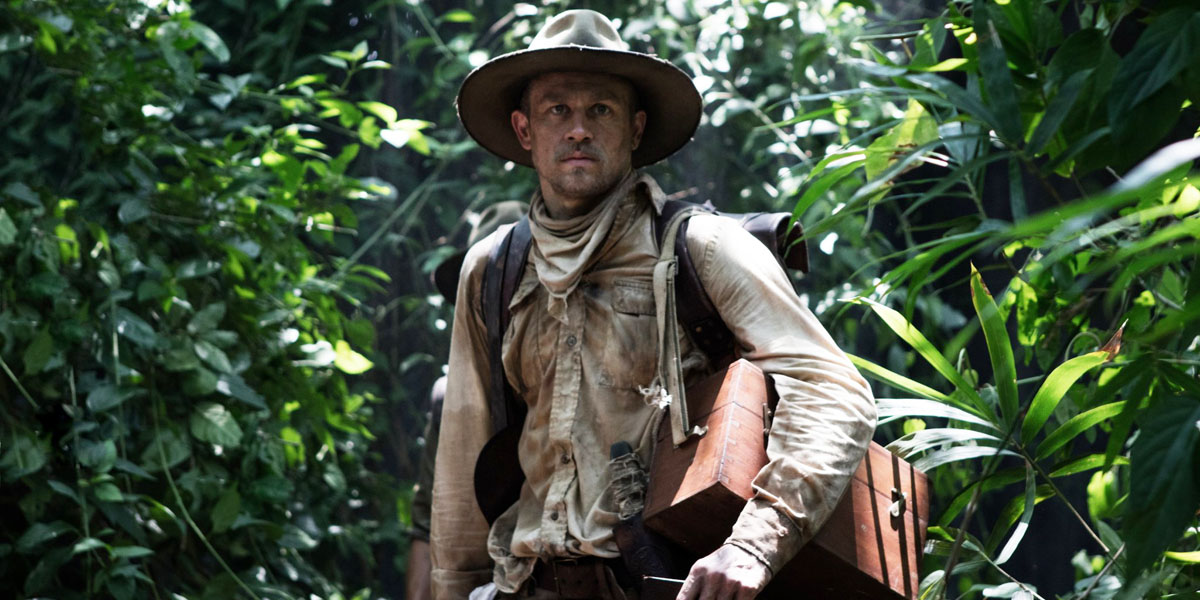 The Lost City of Z

Ad Astra shares a lot with Gray’s previous film, The Lost City of Z (2016), based on the award-winning book by David Grann. In Z, Charlie Hunnam plays Col. Percy Fawcett, an early-20th Century British explorer who made several harrowing missions into the Amazon looking for a long-lost ancient city he called “Z.” Sadly, in 1925, when Fawcett took his eldest son with him into the Amazon, like Roy’s father, they disappeared.

Out in space, Roy asks himself: What happened to my dad? What did he find out there? Did it break him? This “it” comes up a lot in Ad Astra. “It” is sometimes the drive to enter and experience the unknown. Other times “it” is a self-destructive instinct within us that threatens to turn exploration into a kind of obsession or madness. This “it” is also deeply ingrained in the history of Imperial exploration, adventure stories, and science fiction.

Science fiction, especially early-science fiction, shares many tropes and story arcs with adventure stories stemming from the mid-1800s to the early-1900s. Some authors, like Edgar Rice Burroughs, took the structure of adventure stories and replaced the Western frontier with Mars or Venus. One of Roy’s military escorts says of the Moon: It’s like the Wild West out here.

When the projects of British imperialism were winding down, “speculative fiction” was starting to grow into a genre of its own. The European scientific enterprise had worked hand-in-hand with the goals of Imperial expansion. One of the most powerful colonial tools was cartography. The Royal Geographical Society, of which Charles Darwin and Percy Fawcett were members, covered the globe in maps, charts, and tables. By the time Jules Verne published Journey to the Center of the Earth in 1864, the world was much “smaller” than before, with fewer “unknown” areas, helping to push speculative stories into new Terra incognita.

A half-century after Verne’s “extraordinary voyages,” Sir Arthur Conan Doyle was still marvelling at the impenetrability of the real-life Amazon. Conan Doyle’s 1912 novel The Lost World describes an expedition, led by one Professor Challenger, which travels deep into the Amazon to prove the existence of a place where prehistoric life still exists. Other writers looked much farther for the next frontier. H.G. Wells begins The Time Machine by using an exploration metaphor (a ship on the ocean) to explain to his audience the mechanics of time travel. His protagonist ends his journey by enduring a solum, solo trip to the end of time to witness the end of the universe.

The New Yorker’s Richard Brody called Ad Astra “an instant classic of intimate cinema.” Thoughtful science fiction often explores the psychological weight of these experiences on their explorers. Maybe you feel alone in a crowded room, surrounded by fawning people who want to hear about a place they can’t really understand. Maybe it’s the memories of a strange world, always pulling you back into the confusion and danger for what Roy’s father calls a glimpse of the Infinite. Maybe it is the urge to go further and further. Frankenstein’s Captain Walton is compelled to be the first to the North Pole, and imagines discovering there a hidden paradise or a source of cosmic power.

But the journey is horrible and exploration requires abnormal self-control and psychological strength. David Grann wrote that the mind of the Amazonian explorer “has to deal with the terror of constant siege.” By contrast, the mind of the polar explorer looks out at “an unrelenting bleakness. The psychological horror is in knowing that this landscape will never change, and the challenge is to endure, like a prisoner in solitary confinement, sensory deprivation.” Space is like this. 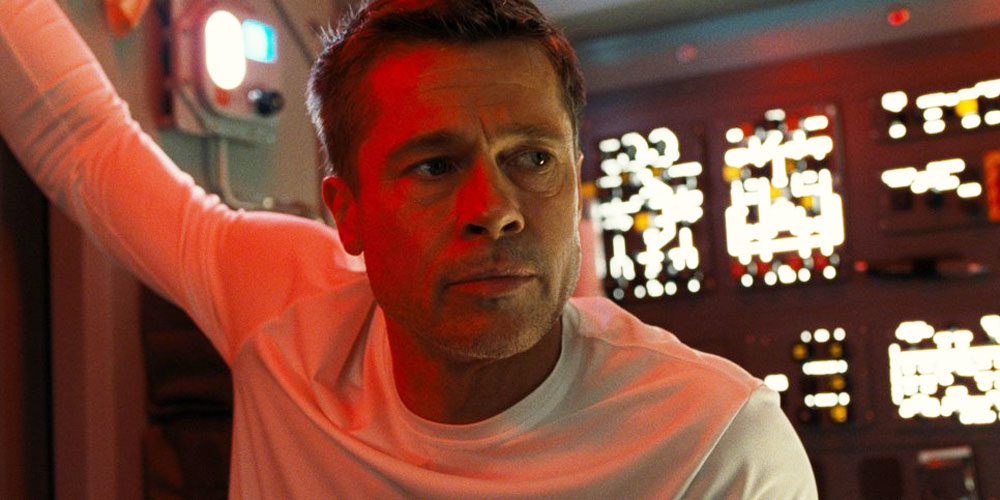 In Ad Astra, like Z and Heart of Darkness, the trip into the wilderness is a trip into one’s self. This way of making the internal world of the mind external is as old as storytelling. Look no further than Homer’s Odyssey. Brad Pitt told the New York Times: “We wanted to investigate the inability to connect with others, and the self-protection mechanisms one builds up that keep us from really being open.” This emotional distance makes Roy and his father well-suited to space exploration. Roy repeats pseudo-mindfulness mantras about pragmatism and attentiveness. He’s under constant psychological evaluation and keeps his heart rate low. Even so, too long out in space can turn mission-ready into I will never turn back.

Assumption about what to expect from a science fiction movie will divide viewers of Ad Astra. Many will compare this to Interstellar and that’s a fair comparison. Interstellar and Ad Astra both try to balance the human side of thoughtful filmmaking with the thrills of an adventure story that general audiences expect. Of the two films, Ad Astra feels more like a traditional adventure tale, but it also better handles its characters’ emotional journeys.

Action adventure set pieces, like a soon-to-be-infamous scene in an isolated off-world biotech station, first seemed like a distraction—a devolution into pulp. Yet, this scene and its fallout served to further develop Roy’s own emotional journey and offers a key metaphor to open him up. Some science fiction fans will find this all too meandering. Like most prestige Hollywood science fiction films, like Annihilation, Interstellar, Arrival, and Ad Astra, it seems impossible to find a perfect balance between, on the one hand, poetic subtlety, ambiguity, and complexity, and on the other, a “good time at the movie theatre.” They’re not mutually exclusive, but each person would prefer them balanced a unique way.

I found the film’s ending, which I won’t reveal, shocking. Ad Astra issues a challenge to humanity that most science fiction films aren’t brave enough to attempt, but Gray makes this ending seem inevitable. It’s one of the reasons I prefer Ad Astra to Interstellar. It will certainly change the way I watch science fiction films from here on. Christopher Nolan wants us to marvel at literal infinity, but James Gray wants us to find that glimpse of the Infinite in smaller, more human moments; like a smile after having not seen someone for a very long time. 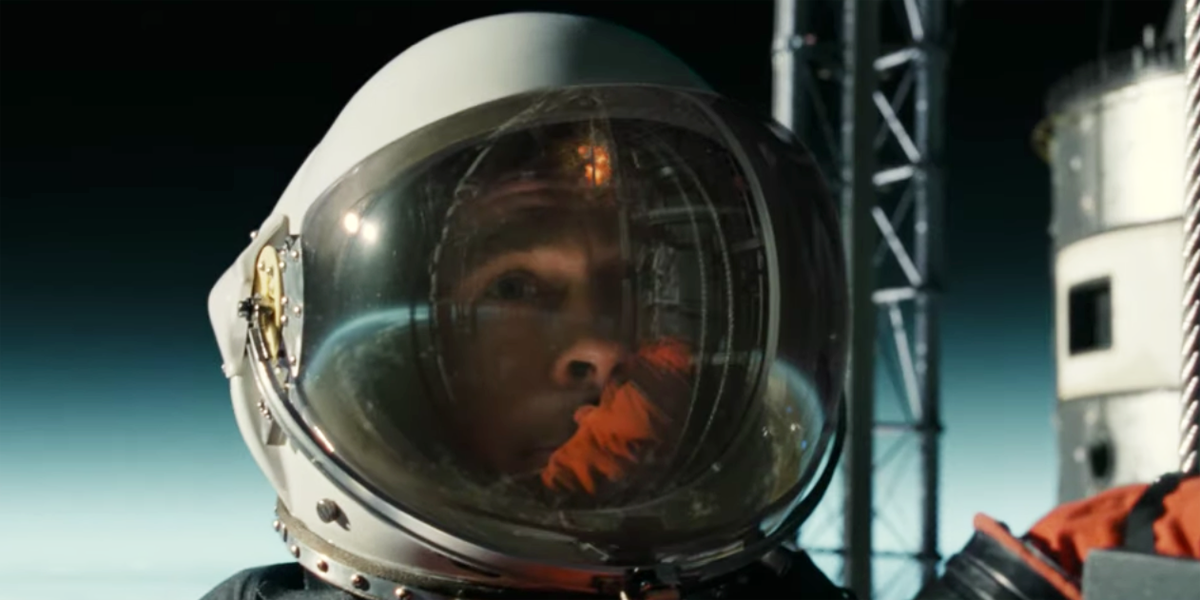 For another perspective, don’t miss our film blogger Carsten Knox’s review of Ad Astra on Flaw in the Iris.

And you’ll find a new episode of Carsten’s podcast where he and Jesse discuss Ad Astra in depth here.