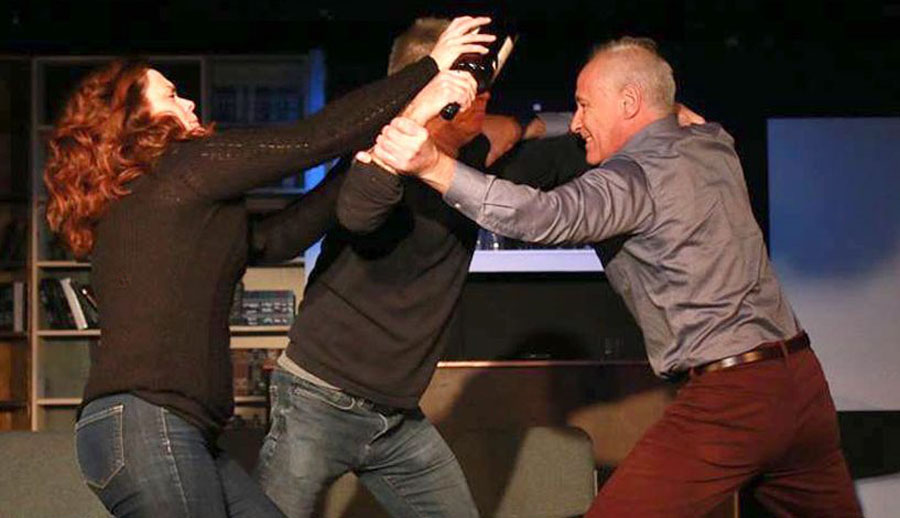 Down at the rebranded Sawmill Playhouse, (formerly Dartmouth Players), director Kelly Doney-Morrison brings her vision of John Muggleton’s Burn to the stage. Despite it being still in its infancy, the six-month-old Burn is/has already been staged in three Canadian cities (Dartmouth, Ottawa, and Vancouver). Advertised as a psychological thriller, the cast and crew of Dartmouth Players work hard to give this razor-sharp play some teeth.

For all the squares out there I gotta hip, Burn follows the tale of an aging group of friends. Formerly five, the gang’s numbers have now shrunk down to three. Longtime friend Paul has just passed away, while five years ago friend/acclaimed horror novelist Tara Waters mysteriously disappeared (cue dramatic music). In the wake of these departures, we’re left with Tara’s husband Robert (Kevin Jollimore) and friends Samira and Dave (Katherine Tufts and Mike Taylor). Lounging around and getting sloshed, the trio reminisce about old buddy Paul, who, apparently, was the butt of many a joke and the recipient of many a prank. Tara’s presence, however, looms unspoken throughout Burn—  no one wants to believe she’s dead, and for hubby Robert, she could come walking in the door at any moment. Instead, we’re treated to an impromptu visit from Paul’s long-estranged daughter, Eve (Erin Chapman). Bearing special news pertaining to her father, Eve quickly establishes herself as an awkward wingnut, lacking in the fine arts of humour or basic social cues. Just as she’s about to be dismissed, she begins spilling secrets— secrets of a very sinister nature— not just about her deceased father, but secrets about Robert, Samira, and Dave (cue dramatic music again). The result is an intriguing performance replete with twists and turns. It’s great to see the Sawmill pushing the envelope with dark, contemporary, provocative theatre. Luckily, Burn boasts its share of surprises. 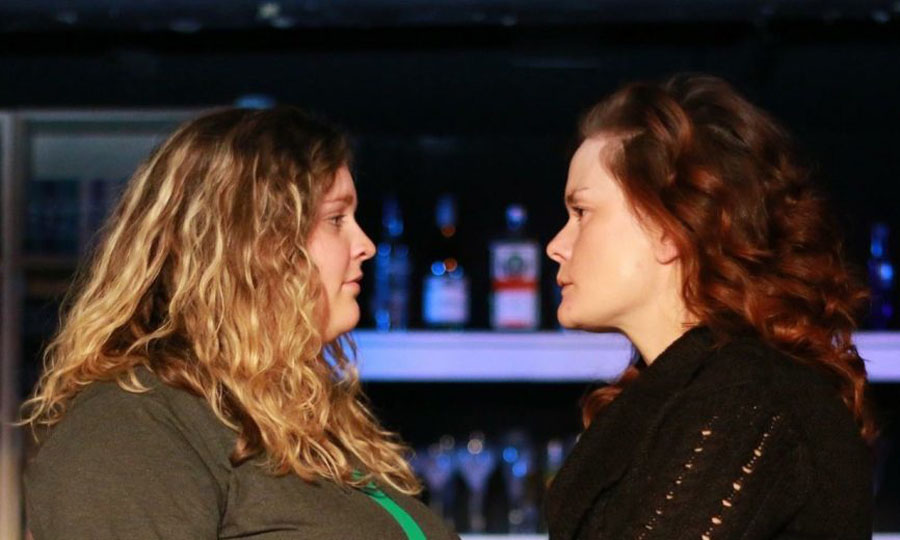 As a whole, first time Sawmill director Doney-Morrison keeps the audience on the edge of their seats, ensuring that the majority of Burn’s biggest reveals land with Muggleton’s intended bang. In a play bursting with all Dartmouth Player familiars, the performances of Tufts and Chapman do the best of keeping the show on its tracks. Tufts laces her Samira with depth and versatility, nailing both the demands of Muggleton’s humour and dramatic tension perfectly. She also wins the award for best nonverbal/physical reactions (cue victory music). Likewise, Chapman deserves a shout-out as the deranged loonie-toon Eve. Playing crazy onstage is a tall order for anyone, and the creepy Chapman does suuuuuuuper intense very well. Jollimore and Taylor were two peas in a pod, acing moments of heightened peril and intrigue, but coming up ever so short in lighter moments of comic revelry. As a result, opening exchanges between three longtime friends felt more stilted than casual, Jollimore and Taylor slightly overshadowed by their co-star, Tufts.

Having previously read this play’s script, this rendition was a slower burn than I expected. As a debut director, Doney-Morrison does ample justice to a source material she clearly cherishes, and tackling this firecracker of a script is one ambitious feat. Burn’s biggest menace however, is pacing; any show that pushes past the two-hour mark becomes a test of endurance. In the show’s concluding act, you can feel the show, ever so slightly, start to drag. Though there are enough gasp-out-loud shocks to keep you invested in the outcome, tightening up the dramatic pauses and providing more consistent quick-fire dialogue would’ve elevated Doney-Morrison’s take on Burn even further. That having said, there is a lot to like about what the folks from Dartmouth Players are offering up. It’s a play that dares you to expose its hidden inner demons— I’m betting you can’t.

Burn is on now through Saturday, February 9th; tickets are available online or at Dartmouth Players’ box office, at The Sawmill Playhouse, 33 Crichton Avenue in Dartmouth. 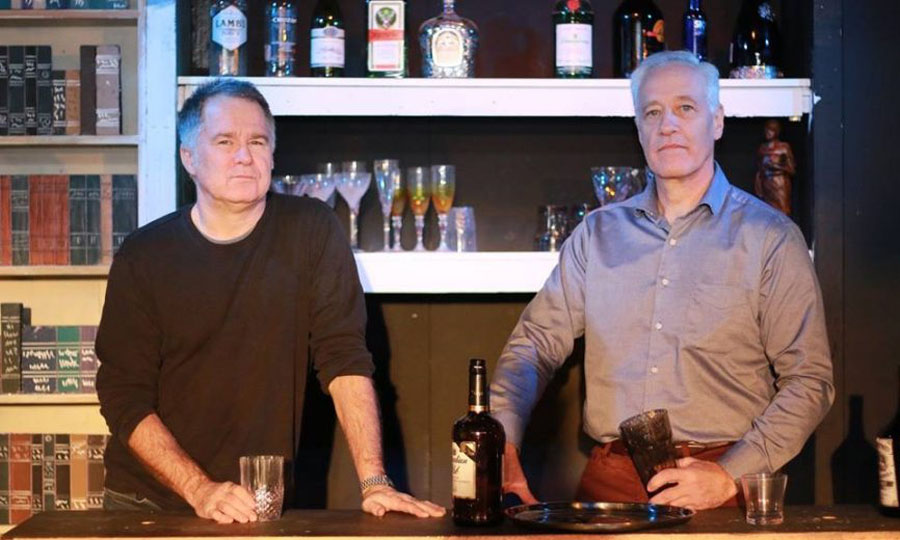