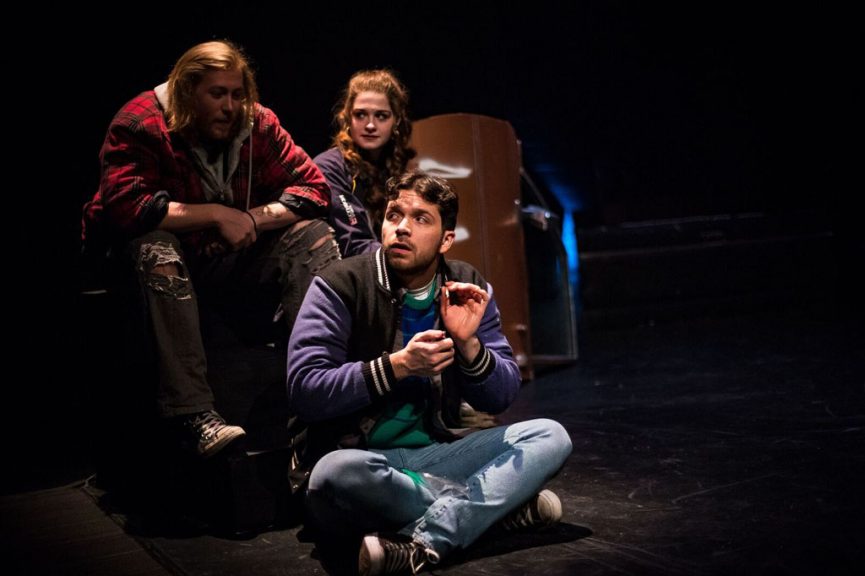 From the moment Joyride hits the road, disaster is imminent. Behind the wheel of Matchstick Theatre’s newest production are Halifax locals Taylor Olson, Kya Mosey, and Henricus Gielis. All three work together in fine form, endowing playwright Michael Melski’s gritty piece of theatre with stark realism.

Set in Cape Breton, Joyride focuses on the plight of the sarcastic, downtrodden Rachel (Mosey), who, cursing her crappy minimum wage job, finds herself sandwiched between the adverse affections of her male costars. On one end of the spectrum is the insecure and underachieving Jess (Gielis),who ineffectively attempts to blanket Rachel from friend/recent parolee Craig (Olson)— Joyride’s chaotic evil, who’s back to reclaim his position as Sydney’s reigning dirtbag. Upon learning that Rachel’s disliked boss is sitting on a secret stash of thousands of dollars, jailbird Craig can’t help himself from wanting a piece of the pie.

Joyride fits well into Matchstick Theatre’s repertoire of dark Canadian theatre. Decked out with car-door tombstones, Neptune’s Scotiabank Stage is transformed by set designer Wes Babcock into a bleak cemetery, reinforcing the decaying of a struggling 1990s society. Furthermore, Sydney’s death rattle is personified in the prevailing attitudes of Jess, Rachel, and Craig. Gielis is a delight with his sense of starry-eyed, if naive, optimism that his situation will improve with time. Mosey too gives the defeatist Rachel sincere weight and depth. Though I wasn’t sold on her badass attitude in the show’s opening scene, her role as Joyride’s moral compass won me over. Her balance between Jess and Craig’s contrasting personalities is a linchpin for the show’s success. Olson does what he does best— effortlessly weaving an angry, fractured figure railing at society’s injustices. But for Olson and Gielis, who are both veterans of previous Matchstick shows, their casting seemed (for a lack of a better word) easy. Olson already portrayed a broken (albeit less ragey), drunk loner in 2017’s Bone Cage while Gielis too played a generally affable lead in last year’s Peter Fecher: 59 Minutes.

With this in mind, I can’t stop wondering how the play would’ve fared if the two had been cast in opposite roles. Additionally, I yearned for more relationship development between Rachel and her male companions. While there are plenty of instances of her shutting down Jess’ awkward attempts at chivalrous romance in favour of rekindling a fling with bad-boy Craig, nothing really happened when she got what she wanted.

For all of its great moments of moral ambiguity and intriguing questions of what is right and wrong, Joyride overall is somewhat of an enigma. It isn’t a show that dazzled me with intense action or complex drama, yet, interestingly enough, there’s enough tension in the play that it never felt underwhelming or plodding. Joyride exists as a fine showcasing of acting talent and further proof that Artistic Director Jake Planinc is becoming more mature and seasoned. (The ending did seem a tad abrupt— but that’s more of a script issue than it is a dig at direction.) For all intents and purposes, Joyride succeeds as a solid outing in Matchstick Theatre’s quickly expanding mixed-bag of theatrical endeavours. 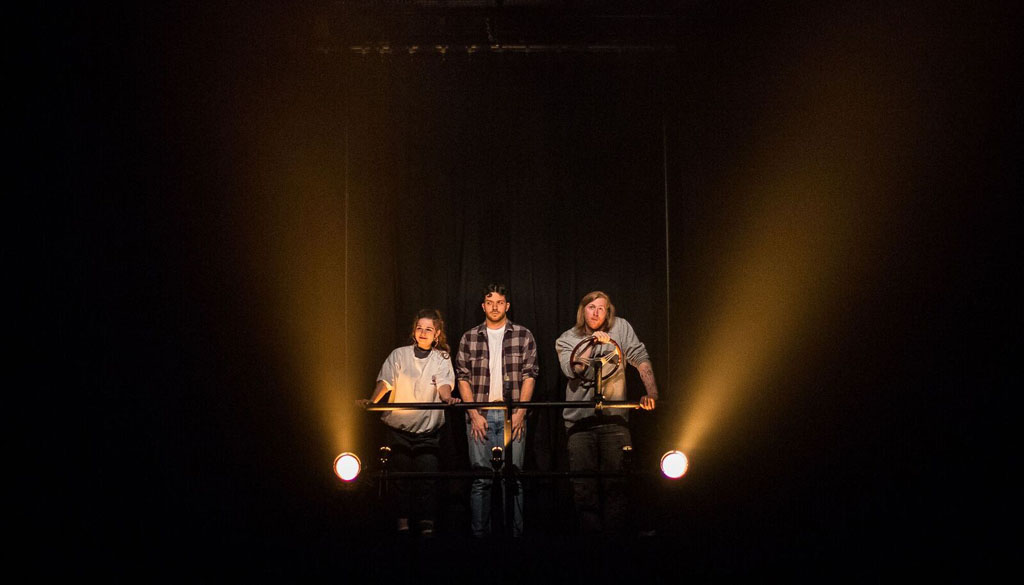 All photos credited to Samm Fisher.