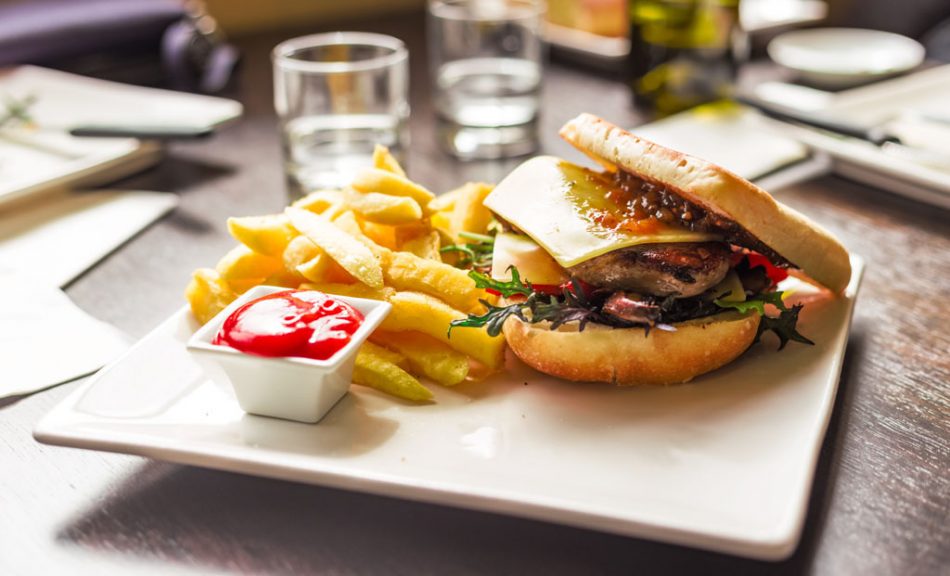 Guest blogger Laura A. Hawkins weighs in this week with her predictions for this year’s very best burgers. Watch for Laura’s upcoming Burger Week reviews on her blog.

It’s that time of the year again—the one that all Haligonians look forward to. The days are getting longer, the snow banks have all but melted, and restaurants from across the city have joined forces to bring their best burger creations to the people of Halifax. It’s Halifax Burger Week!

With nearly 140 restaurants participating, and only seven days in a week, there are simply more options than time or stomach space. No one wants to experience burgret by missing a great burger, so to help you with the selection process, I’ve curated a list of my top picks for Halifax Burger Week. My picks are based on my predictions for which options will be the best—best in terms of quality, flavour, value, and donation to Feed Nova Scotia. 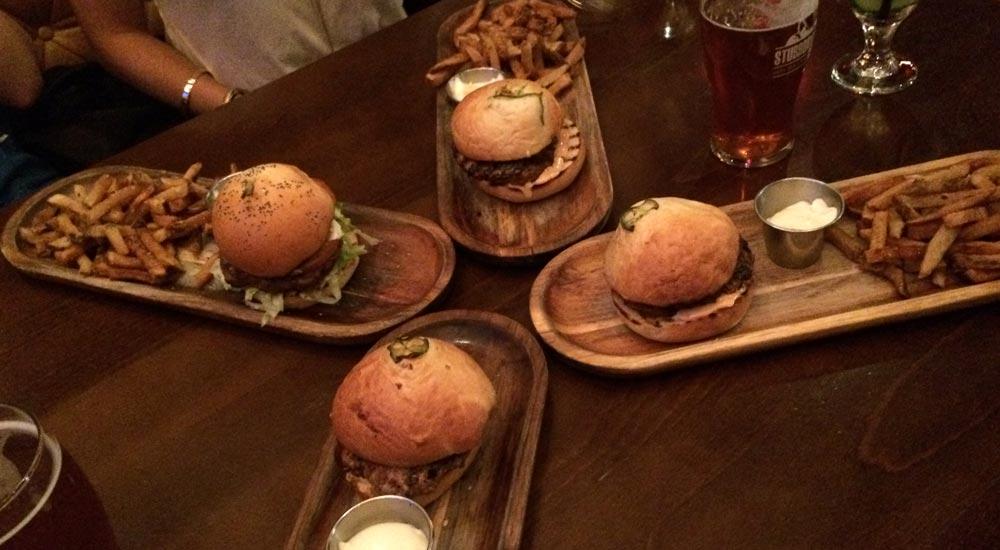 Before we dive in, for the record, I am in no way sponsored by or affiliated with Halifax Burger Week or any of the restaurants listed. I just happen to get excited about a good burger and a good cause, and people found my Burger Week post helpful last year when navigating their sea of meat!

Taco Lina’s tacos are among, if not the, best tacos I’ve tried in Halifax, so I have to imagine they’ll bring the same level of flavour and value to their first Burger Week contribution. Their burger sounds like nachos but even better: Getaway Farms beef, queso cheese sauce, avocado, pico de gallo, pickled jalapeno, crushed house-made “Doritos”, and spicy mayo. I also have to respect the beautiful food photography that went into their promotion. If they put the same level of care into these burgers, we’re going to be happy campers!

Many sources last year told me that Rinaldo’s burger was the best they tried all of Burger Week 2018, but I, sadly, didn’t get around to trying it. Talk about burgret! I won’t be making the same mistake this year. Their burger this year sounds like it will do a masterful job of blending salty and sweet with great textures: house-baked bun, Getaway Farms beef, grilled pineapple, house-made teriyaki, American cheese, crispy onions, bacon, lettuce, and mayo.

I know Taco Lina’s is in the same restaurant family as Rinaldo’s and I have high hopes for both this year.

HopYard is a great spot to share snacks over beer thanks to its ever-changing menu, which experiments with fun twists on classic dishes. In their Burger Week contribution, I like how they’ve combined gourmet burger ingredients with their own boozy-infused takes on condiments: two 3-oz beef patties with gouda, beer gravy, hop mayo, IPA pickle relish, tomato cider ketchup, Sugar Shack bacon, crispy ale-salt potato chips, and shredded lettuce. This sounds like a flavour bomb and I can’t wait to catch a burger buzz.

Primal is known for incorporating game and organ meats on its fresh, locally-inspired menu—and their burger features a patty that I haven’t seen elsewhere in the city: wild boar! That’s topped with smoked bacon, crispy onion ring, red cabbage gochubang slaw, chimilantro, and stout beernaise on a black bun. It looks as interesting and as flavourful as it sounds.

Candidly, I typically find donair burgers a little lazy on Burger Week—when spots just replicate a regular donair except on a bun rather than a pita. The Brooklyn Warehouse does not fall in that category! It’s not only one of my favourite restaurants in the city, but its Burger Week contributions in past years have always won top points in my burger rankings. This year features house-made donair meatloaf as the patty with roasted-tomato relish, raw onion, Hickory Sticks, and donair sauce aioli. Such a creative twist!

The two things that won me over for this pick are the fact that it has breaded avocado on it and has one of the largest Feed Nova Scotia donations at $2. Another pick with a Mexican-inspired twist, it features a 7-oz ground in-house patty and is topped with cheddar cheese, crispy breaded avocado, spiced tortilla strips, pico de gallo, sour cream, and salsa. It also comes in vegetarian and gluten free options. 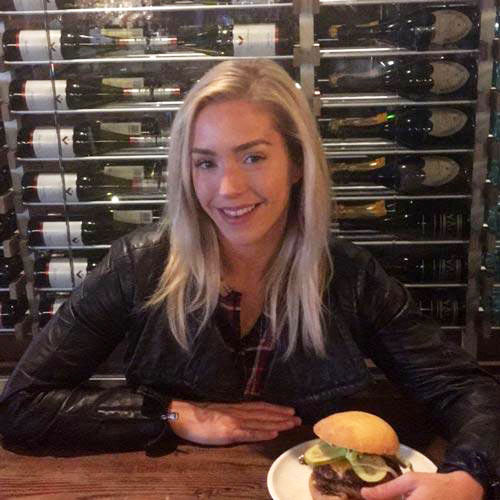 And there you have it! Six delicious-sounding picks for Burger Week—which means if you try all six, you’ll still have a day left to take a time out.

I’ll be keeping track of all of the burgers I end up trying, along with ratings and reviews. Find out whether or not these top picks stack up to my predictions! Stay tuned for my blog post, Halifax Burger Week 2019 Ratings & Reviews, and find me on Instagram to follow in real time as I explore the city’s burgers.

Which burgers are you most looking forward to? Let us know in the comments! 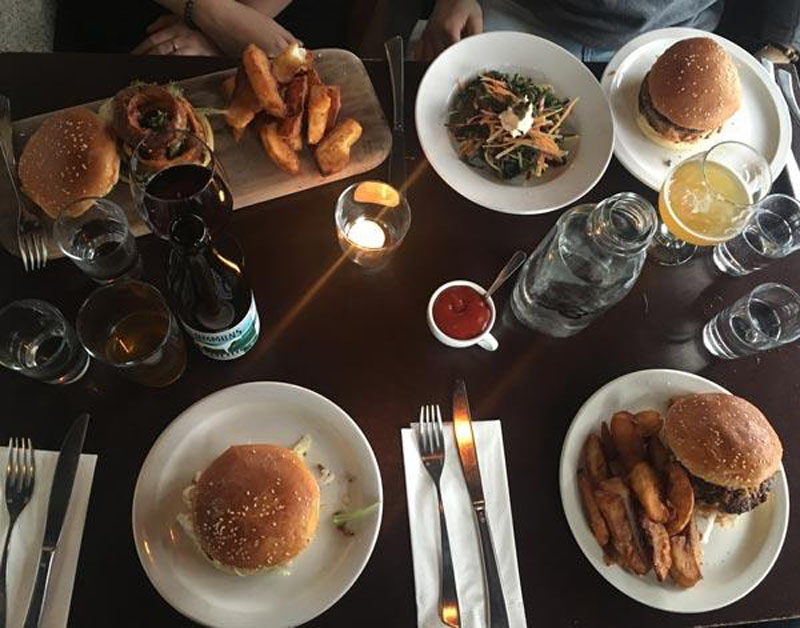 Laura loves exploring, experiencing, and sharing the best of what Nova Scotia has to offer on her blog, lauraahawkins.com—from adventures in the beautiful outdoors to exceptional food and drink. She balances her career as a Director of Digital Marketing with savouring the offline world, along with her partner, Brett.