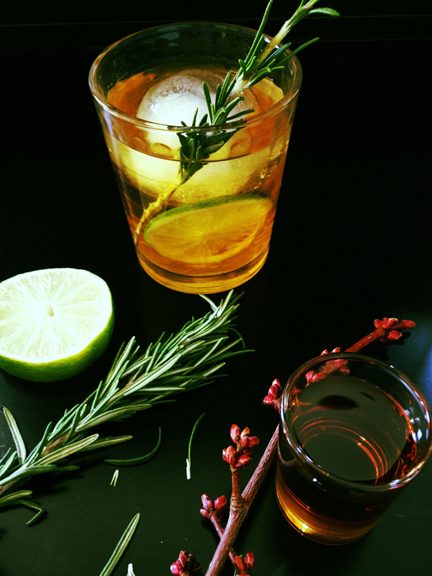 Crafting Libations is a new, regular feature on Halifax Bloggers. The hand-crafted cocktail movement involves the use of fresh seasonal ingredients, homemade cordials and syrups, small batch premium liquors, and good ice. Join writer, photographer, sommelier Colleen Thompson as she walks us through the seasons, making and shaking libations and telling stories.

I have always loved trees. Not particularly consciously or even attentively, when I was growing up, but always aware of their presence and place in my life – comforting, reassuring, timeless. The willow trees of my South African childhood, whose long drooping branches we would twist around tightly and unravel until we were dizzy. Acacia trees, we sat under seeking shade from the broiling African sun on lazy Sunday afternoons – one of its long thorns once jabbing into my head. The Sycamore tree in my school playground, whose dried seedpods we would toss up in the air and watch twizzle down like tiny helicopter blades. The Bluegums, their scent strongest after summer rainfall, would perfume the air with the eucalyptus.

In Halifax, the trees we planted when we first moved into our house have been physical markers of time and growth. Much like the notches on the doorframe of my son’s bedroom, we have measured his age and height, year after year, so too have the juniper trees that flank the pathway to our front door. The tiny hemlock saplings we planted ten years ago, their growth so imperceptible from day to day, all of a sudden seem to stand tall and towering, casting long shadows.

Now, perhaps because I’m older and we live in a house surrounded by a forest, I am more conscious of the presence of the trees. They are the strongest markers of a seasonal shift for me. The giant maples that have stood grey, bare and lifeless since last November are finally waking up, their sap already pumping through their limbs. 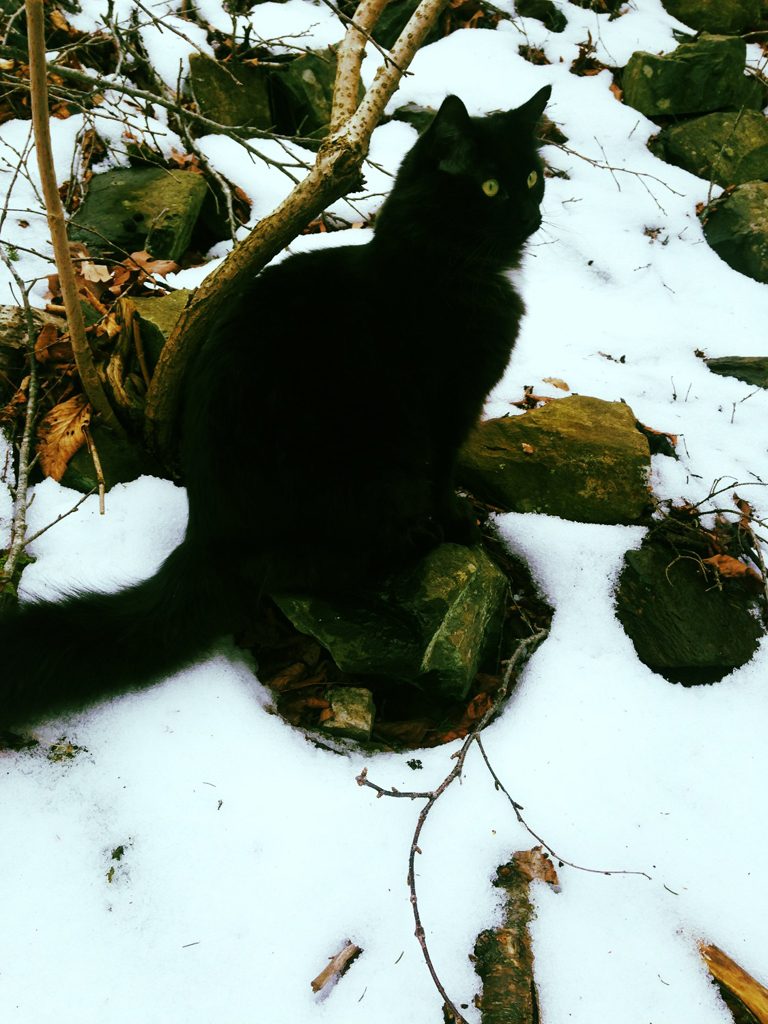 It’s a balmy 5 degrees, the sun is shining and the sky is a pale, washed blue for the first time in months. My arms loaded with buckets, lids, spiles (taps) and drill – suspiciously followed by my cat Harry – I am determined to set up a mini sugar shack. A combination of fair weather, motivation on hearing about a friend successfully tap his trees, a successful Home Hardware run and a desperate desire to be outside have all culminated in this year’s first tap.

Ten taps in total, the procedure is all quite simple. Drill, tap in spiles, hang bucket, wait patiently. All maple trees will produce sap, in varying quantities depending on the tree and the weather. We have red maples, not the ideal sugar maples, but the sap will still flow, just with less sugar content, a slightly darker syrup once boiled and a little more vanilla flavour. Sap flows when daytime temperatures rise above freezing (32 degrees Fahrenheit / 0 Celsius) and night time temperatures fall below freezing. The rising temperature creates pressure in the tree, generating the miracle of sap flow. 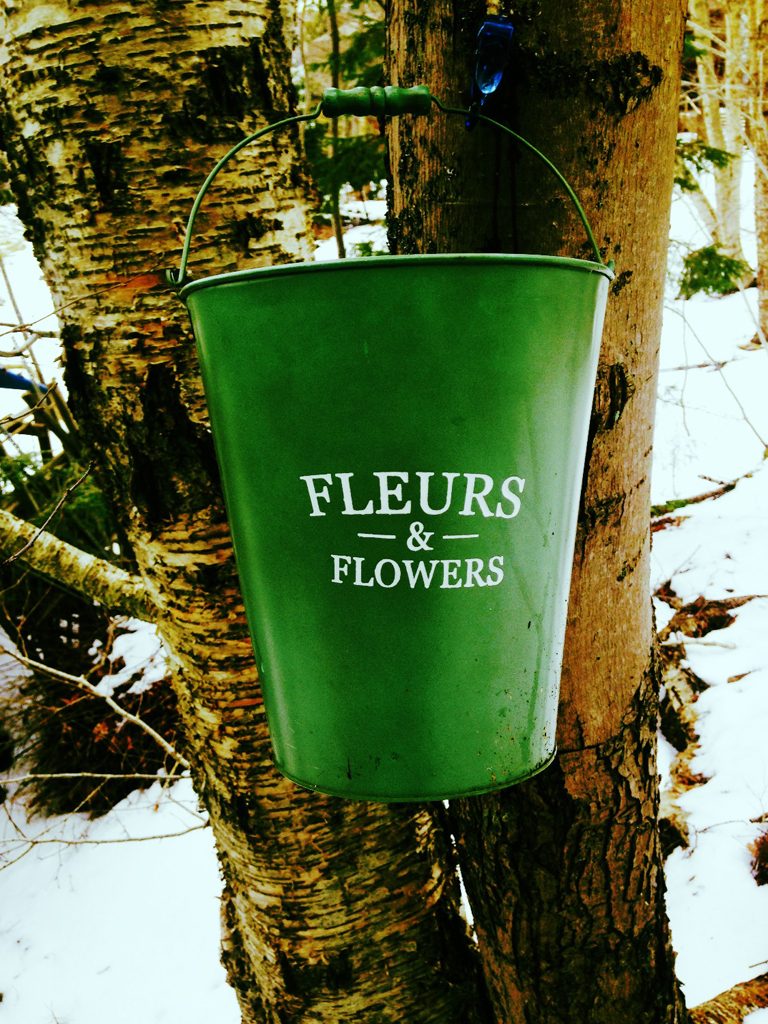 The thrill of watching the sap drip slowly (1-2 drops per second, I counted) into the bucket hanging from the spiles is the ultimate in slow food. The sap looks and tastes pretty much like water, but containing all the magic super food ingredients, rumoured to cure all ills if sipped as is. I sip and toast the tree gods – my cat still not convinced. The sap will be boiled away to almost nothing to produce syrup. A Sunday of collecting sap and boiling it down, produces little more than a cup of syrup. I realize that this may not turn into a thriving sugar shack business, and as pointed out by my son, it is clearly quicker and cheaper to run down to the grocery store and just buy a bottle, but that’s not what this is. This is a true labour of love.

The giant maples that shade our deck with their canopy of green in the summer, tint our house pink when their leaves turn crimson in the fall, and give us hope when their tiny red buds burst in the spring, now provide amber sustenance when the forest floor is still carpeted in snow. They have once again lived up to their ancient symbolism of generosity, balance, promise and practicality.

By the time the sun has set, the evenings are still chilly, so bourbon still makes a regular appearance and I can’t think of a better cocktail to use my precious maple syrup in. Something quite magical happens to bourbon when it’s combined with lime, and the rosemary adds a hint of savoury that offsets the smoky sweetness of the maple syrup.

Crush the large sprig of rosemary in your hand and add it to the shaker.
Add the bourbon, lime juice, maple syrup and ice and shake vigorously for 15 seconds.
Strain the mixture into an Old Fashioned glass containing a large ball of ice and top up with sparkling water.
Garnish with remaining rosemary sprig and a slice of lime.

Colleen Thompson is an author, writer, photographer and blogger of Monkey Weddings & Summer Sapphires. The blog and the book by the same title was inspired, in part, by one of her fondest childhood memories. In Johannesburg, when it rains and the sun is still shining it's called a 'monkey's wedding.' Monkey Weddings & Summer Sapphires is a lovely telling of a childhood and young adulthood spent in South Africa, of travels around the world, and of settling into a wonderful, happy adult life and motherhood in Nova Scotia. Part memoir, part recipe collection and part travelogue, the narrative is told through the seasons often showing similarities and differences alongside anecdotes, coincidences, memories and traditions.