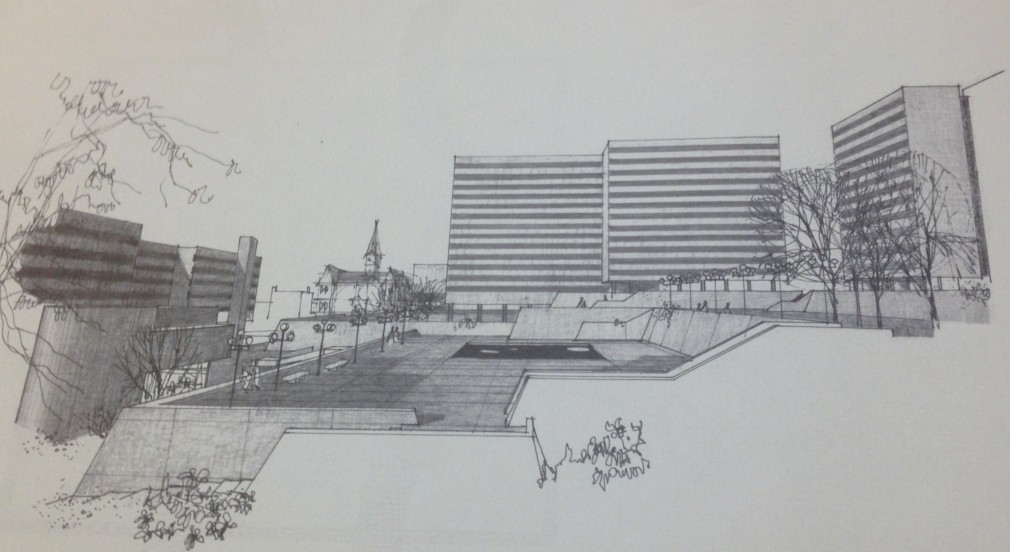 On April 30, 1965, the city announced another call for proposals for the Central Redevelopment Area. Things in Halifax had changed, and the Cornwallis Centre was no longer seen as the idea scheme. The city settled with Provinces and Central Properties for breaking the agreement.

The architects present an interesting collection. Elmar Tampold immigrated from Estonia, and graduated from the University of Toronto in 1953. Henno Sillaste was also Estonian, and graduated from U of T in 1960. The School of Architecture at the University of Toronto had recruited an Estonian architect from Sweden in 1949, and as a result Toronto developed a series of Estonian Modern buildings. Michael Kopsa was from Belgrade, coming to Canada in 1951 and living in Toronto, and built many brutalist buildings including Brantford City Hall.  J. Malcom Wells rejected modern architecture in the mid 60s and went on to become known as the father of modern earth-sheltered architecture. 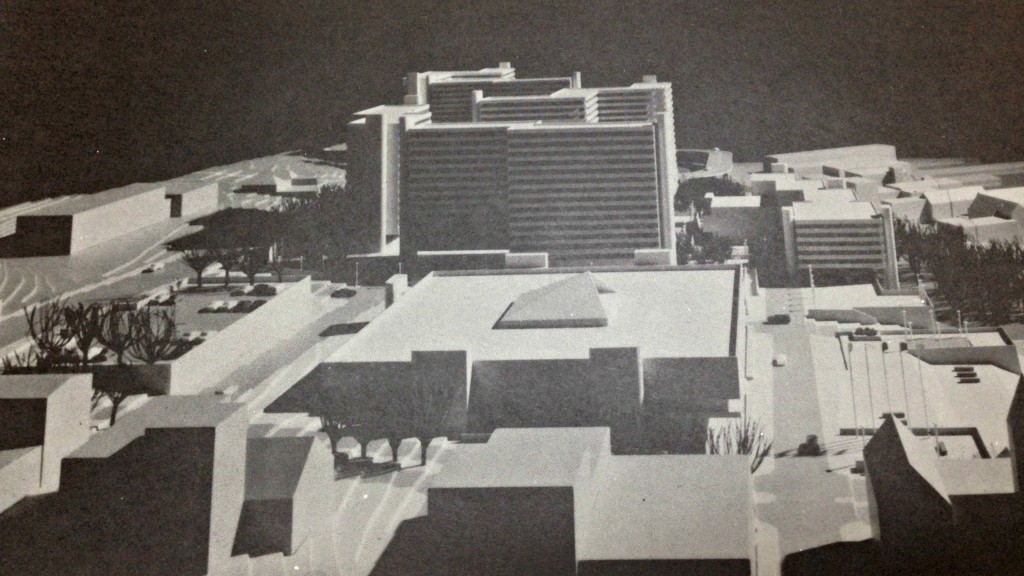 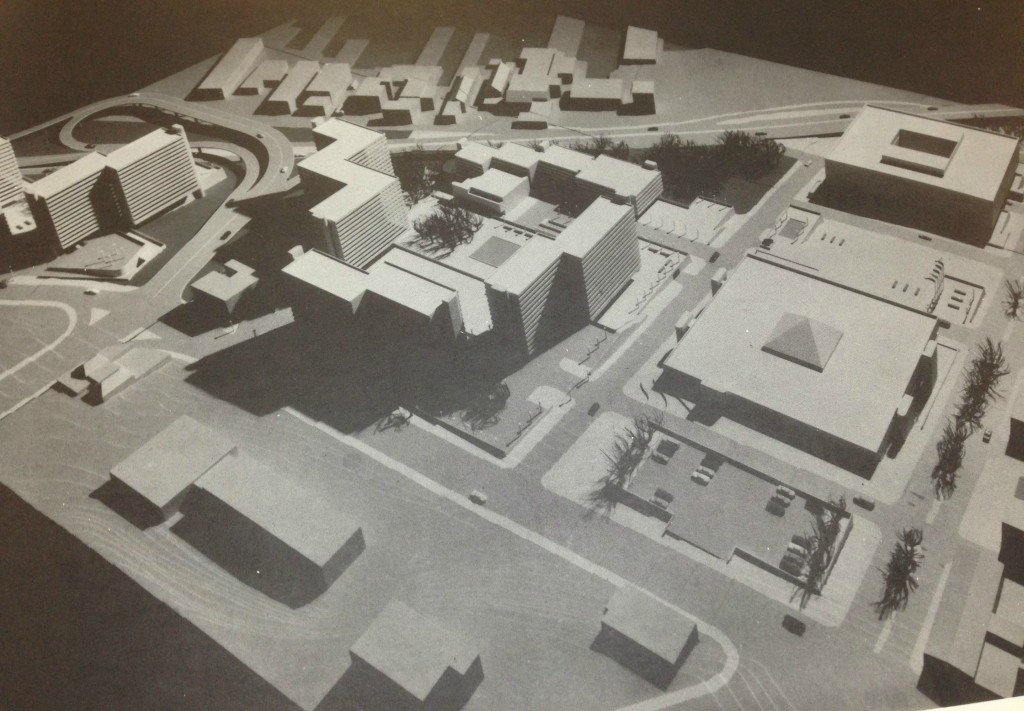 Besides the residential component,  the proposal contained a hotel and a  moderate amount of retail, designed as an extension of Barrington Street.  A large park – Centennial Square – would be located behind City Hall, and 395 parking spaces and a gas station would be located underneath it. The proposal also suggested closing  Barrington Street north of Buckingham, and constructing Harbour Drive. 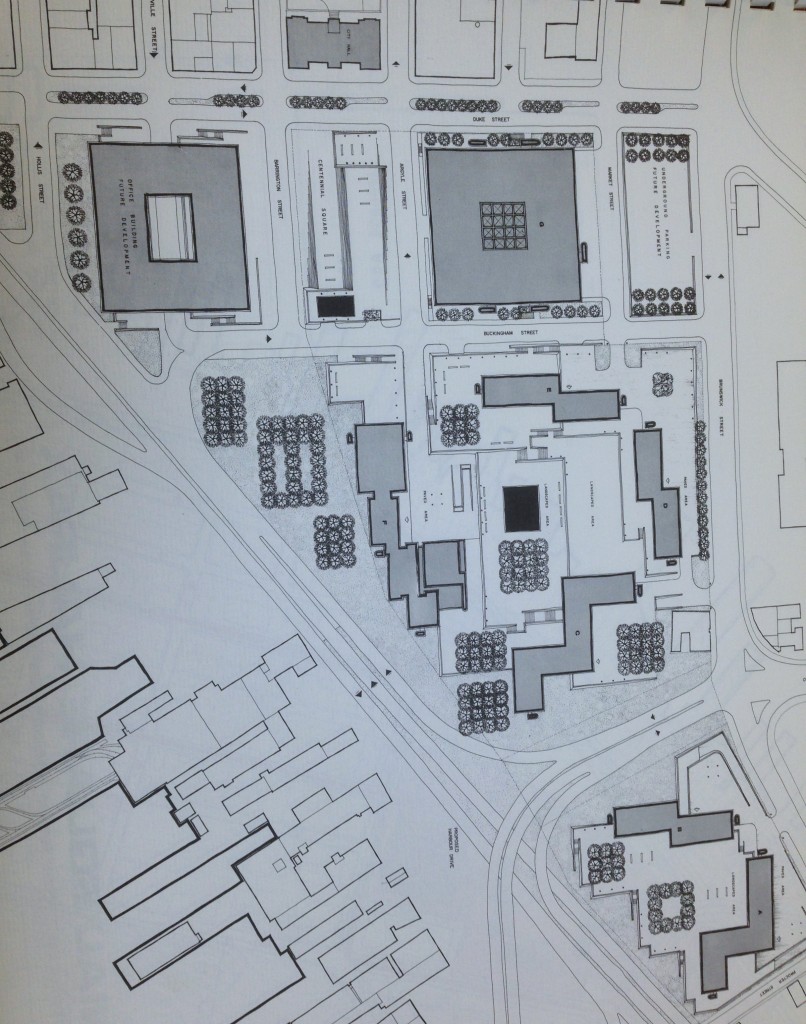 Conversely, criticism of Centennial Square was that it was too simple, and less architecturally unified. The Square lacked pedestrian access; the scheme lacked warehouses, showrooms and recreational facilities. Residential was seen as a positive, but there was a concern that it would overwhelm the market. Centennial Square also left much of the street network intact.

But perhaps the biggest deciding factor, was that Scotia Square would pay the highest taxes to the city.