The South End Rail Cut was built as part of the Ocean Terminals project. It took the railway from Three Mile House at Fairview, around behind the city to the south end to serve the new ocean terminals and railway station. It also included construction of the Bedford Basin Yard. The cut is approximately 6 miles long and, as built, double track to the terminal where it expands to 4 tracks.

Construction was the responsibility of Cook Construction Co & Wheaton Bros. They were tasked with excavating the 2.5 million cubic yards of material that needed to be removed for the cut. It was mostly rock. In the south end, material was used to make up the breakwater. At the north end, excavated material was used to build the Rockingham yard, located in front of St Vincents College. (Now Mount St Vincent University.) Three Mile House itself was demolished in 1918. 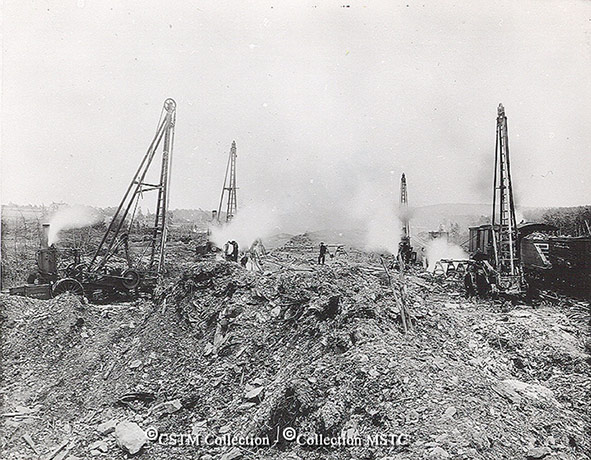 Initially there were problems drilling the rock, due to the seams running through it, however electric Cyclone type well drills proved to be successful. Drilling occurred in advance of the shovel operations, holes were capped to await blasting, and each blast was done to a maximum depth of 30′, across the width of the cut in 100-200′ long sections. 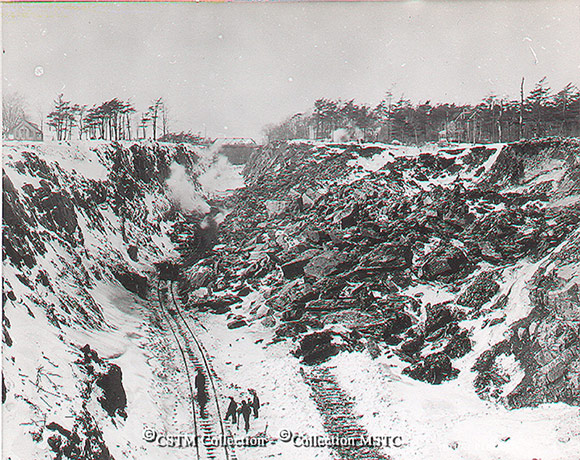 Two Bucyrus 100 ton shovels were used, as well as two Bucyrus 70 ton shovels, and 2 Marion 60 ton shovels. Rocks too large to be loaded were broken up with drills located on the shovels. Similar equipment to this was also used to dig the Panama Canal. Both Marion and Bucyrus were Ohio-based companies, and Marion was eventually acquired by Bucyrus. Bucyrus became part of Caterpillar in 2011, and forms the base of their mining equipment division. 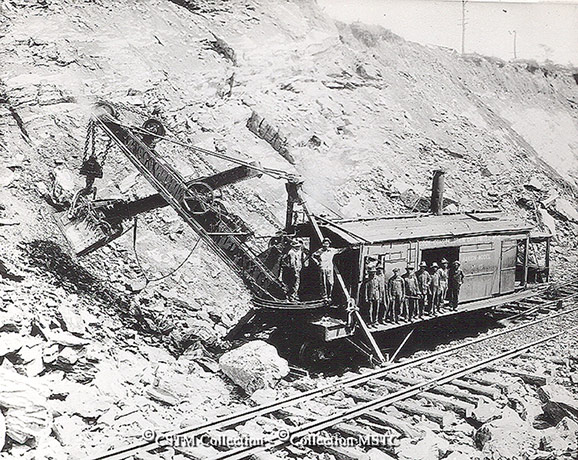 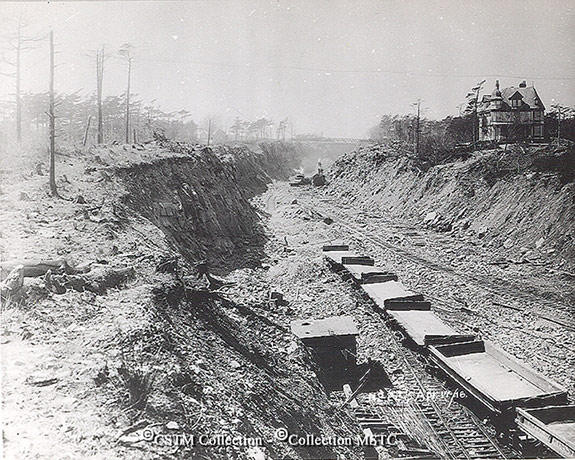 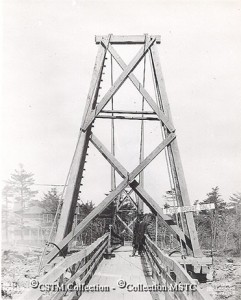 Though the rail cut avoided the major population in Halifax,  it had a major impact on the grand estates in the south and west ends of the peninsula. Properties needed to be expropriated, and many houses were demolished, included Samuel Cunard’s Oaklands estate. The expropriations caused many large lots to be subdivided and eventually led to the expansion of middle class Halifax into these areas.

During construction, roads were interrupted and temporary bridges put in place (left), before the grand concrete arch bridges could be constructed, the most visible of these being Young Avenue at the mouth of the rail cut. The example below is believed to be Mumford Road. 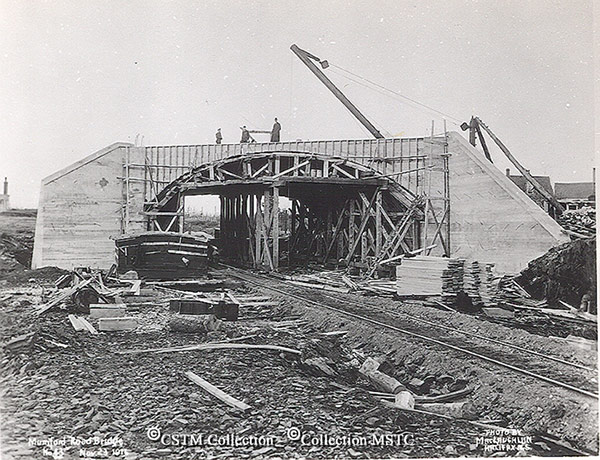 The Rockingham yard under construction. The 2 tracks in the foreground are the mainline, and the train is dumping fill. 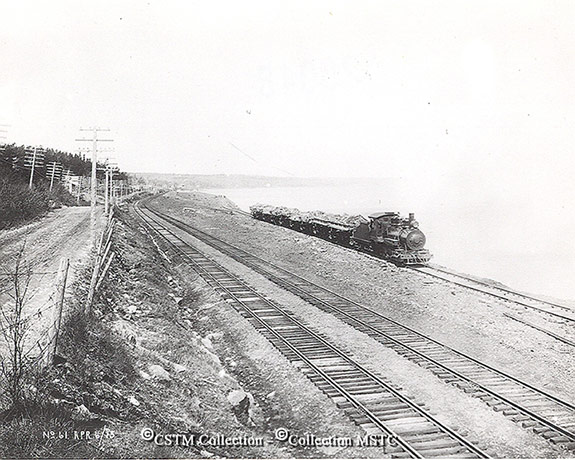