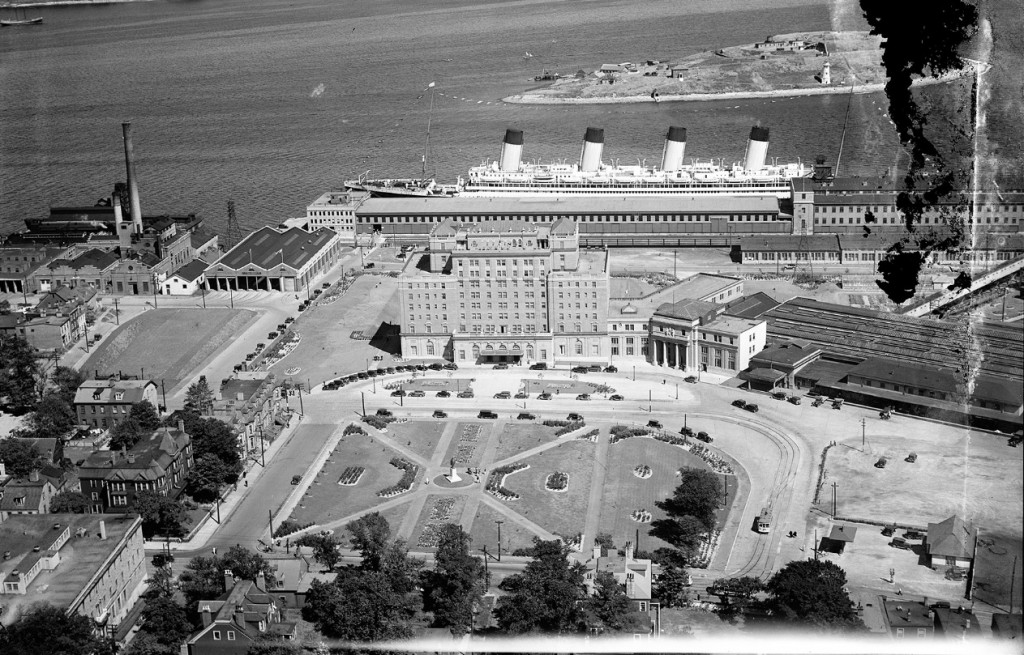 Built by CN in 1928, the train station and Hotel Nova Scotian were the final pieces of the Railcut and Ocean Terminals project. The images above are aerial views from 1931,  and are from The Richard McCully Aerial Photograph Collection at the NS Archives. The current train station replaced a temporary one built in 1918 to coincide with the opening of the railcut and ocean terminals. The temporary station was required as the Intercolonial Railway Station at the foot of North Street had been destroyed in the Halifax Explosion of 1917. 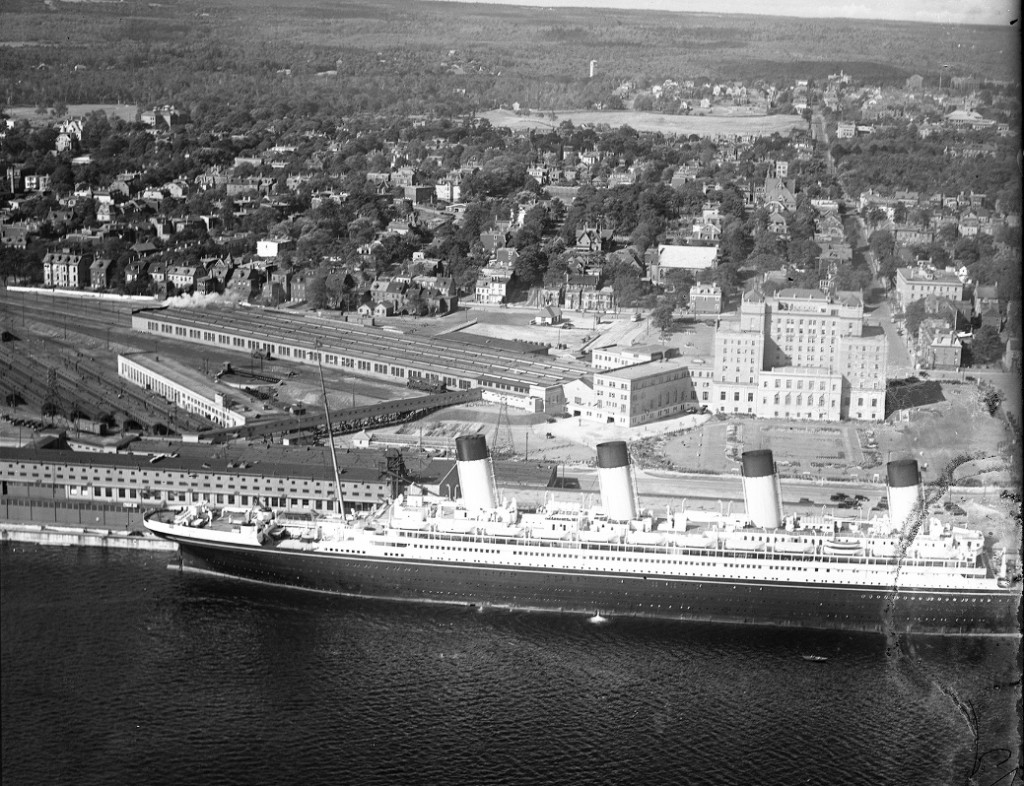 The Station and Hotel were designed by John Smith Archibald   in association with John Schofield. Archibald owned his own practice, whereas Schofield worked for the Railway. The two did a number of commissions for CN Railways, including expanding the Chateau Laurier in Ottawa. Archibald had a wide and Varied career, designed numerous homes, schools, hospitals and hotels, and also has the distinction of having designed the Montreal Forum.

The Halifax railway complex also included Cornwallis Park. Archibald was a proponent of the City beautiful movement, which sought to impose order in cities to reduce crime and poverty. The particular architectural style of the movement borrowed mainly from the contemporary Beaux-Arts and neoclassical styles, which emphasized the necessity of order, dignity, and harmony. you can note, that in the photos the central axis of the park is aligned with the main entry of the Nova Scotian Hotel 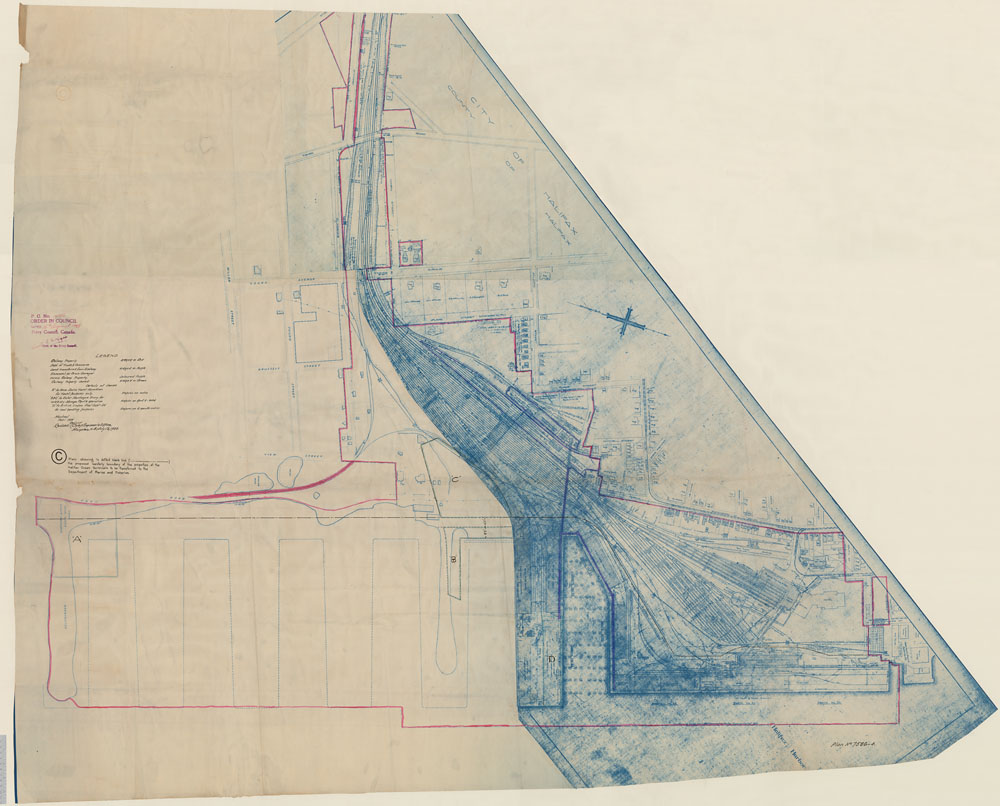