Looking for a Christmas gift for your kids? (Or an adult.) Do they have an interest in construction? Then might I suggest a Panel and Girder set..

Panel and Girder sets were widely available in the 1970’s. I had the set featured, which I got as a hand-me-down from my cousins. I think I still have it, in a box in my parents’ basement. The sets came out in the 1950’s and were originally made by the Kenner Products Company, which eventually became part of Hasbro. 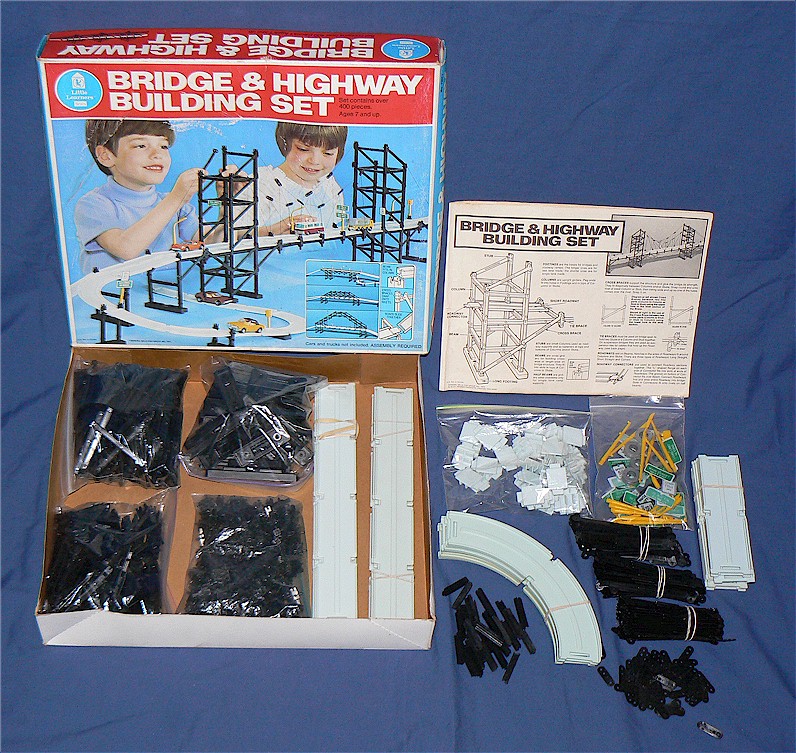 The sets emulate actual construction. They feature footings, posts and beams, as well as panels for floor decks and walls. There are also slender diagonal members for strength, and accessories such as light standards and signs. Everything slots  together – the posts are keyed to accommodate the beams, and there are pins to support the diagonals. While I featured the bridge set I had, there are other building sets available.

The original sets are still available as collectors’ items, but Bridge Street Toys (http://www.bridgestreettoys.com)  is now manufacturing them again.