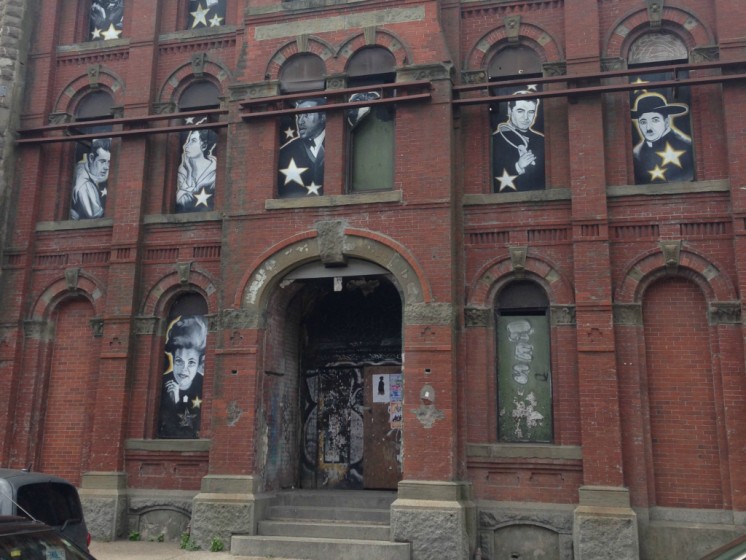 I was prompted with an enquiry via twitter earlier if I knew what was occurring with the NFB Building.

The NFB Building was built in 1891 as the St. Mary’s Young Men’s Total Abstinence and Benevolent Society Hall. Designed by James Charles Dumaresq, it was built in the second empire style, originally with a distinguished tower, howerver it lost its tower in the first half of its life, and was destroyed by fire in 1991, leaving only the front façade.

In 1907 the building became the first permanent movie house in Halifax, The Nickel Theatre, at which time the building was renovated to include theatre seating. For over eighty years the building was associated with the film industry, and in the late 1960s became home to the National Film Board (NFB) of Canada’s Halifax office.

After 20 years of Proposals and sales, Halifax confirmed that architect David Garrett and owner Steve Caryi of Ruby LLP now have the necessary construction permits, which were issued this week after applications in May.

Construction should begin Shortly. The Approved design can be found at : http://www.halifax.ca/municipalclerk/documents/1527BarringtonStreetLocked.pdf