Air travel, which is now commonplace, used to be a new and very modern way of traveling. As such, it is not surprising that the post war growth in commercial aviation necessitated new terminals, and what better style to use for a modern mode of transportation then Modernism. The 1950s and 1960s saw an ambitious Canadian Airport building boom, with new modernist airports being built in Vancouver, Calgary, Winnipeg, Ottawa, Montreal, Toronto and Halifax among other cities.

Air travel…and the airport…was a prominent feature of modernists’ planning schemes, and Le Corbusier’s Plan Voisin for Paris was actually named after an aircraft manufacturer. The 6th Congrès Internationaux d’Architecture Moderne (CIAM), visited a Bristol Aeroplane Company aircraft plant that was mass producing prefabricated housing. That CIAM meeting was attended by Canadian architect-planner H. Peter Oberlander, who worked for CMHC. The rise of Modernism and commercial aviation seem to parallel each other, and the ideas were certainly introduced to Canada.

The location for the airport was chosen in 1954, and the new airport opened in June 1960, with the Halifax International Air Terminal Building opening on September 10, 1960. Previously commercial flights operated out of the RCAF Station at Shearwater, and before that the Chebucto Road Field (which closed in 1941). The 1945 Master plan for Halifax identified the lack of a suitable airport as something that should be addressed.

The Halifax International Air Terminal Building was designed by Gilleland & Strutt and A.W Ramsay, who was the Transport Canada architect. They also worked on Ottawa International Terminal, which is very similar to the Halifax Terminal in its international modernist style, integrated control tower, and glass curtain walls. The influence of Ramsay is reported to have kept the design rather strict and formal, and may be part of the reason for the similarity of the Ottawa and Halifax buildings. 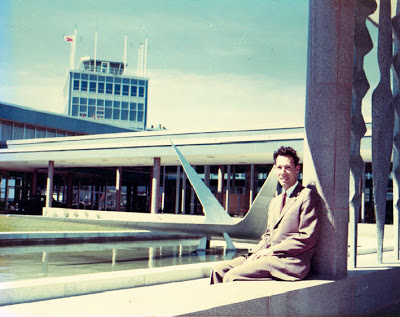 James W. Strutt graduated from the University of Toronto in 1950. He spent the war in the RCAF as a pilot of the Coastal Command. His geometric design influences came from Frank Lloyd Wright’s organic approach and Buckminster Fuller’s space-frame structures. These are best seen in some of his other works, including his own house in Gatineau PQ. He partnered with William Gilleland in 1951. Most of their commissions were in Ontario. Sadly, I could find little on William Gilleland, other than he met Strutt at the firm Lefort and Gilleland, and they both left to partner together. 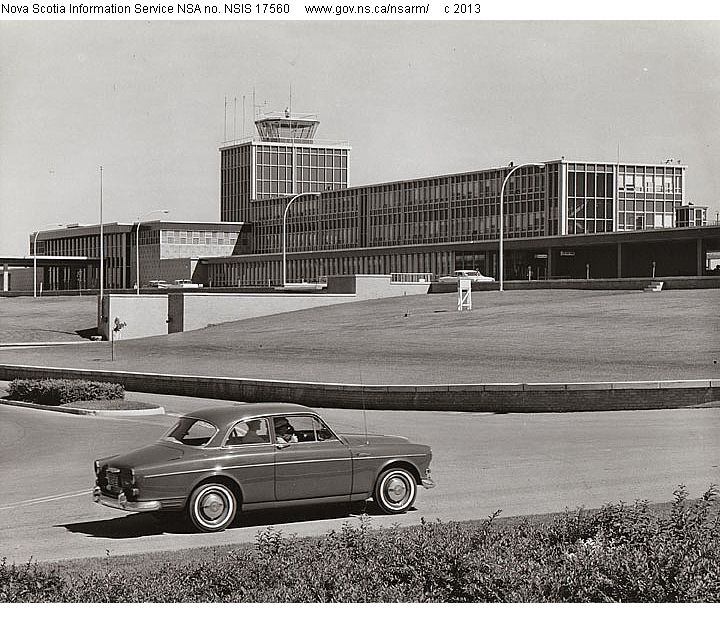 Note the ceremonial approach to the terminal building. As with most car oriented modernist structures, the vehicular approach is rounded and flowing. 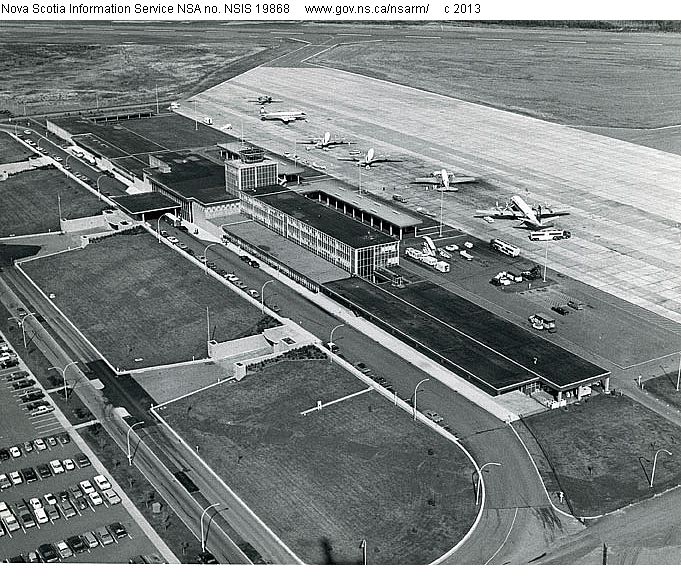 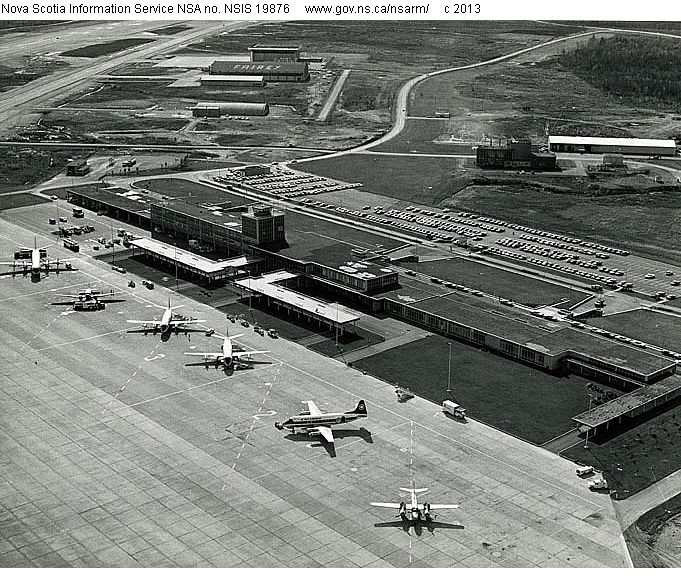 In the above photo, note the existence of the 2 hangers below in the upper left corner – they are still in use today. Also, note the lack of bridges. There are covered walkways to the tarmac, and then you walk out to the aircraft via air stairs. It’s also worth noting that the roofs of those covered walkways also act as observation platforms where one can watch airport operations. 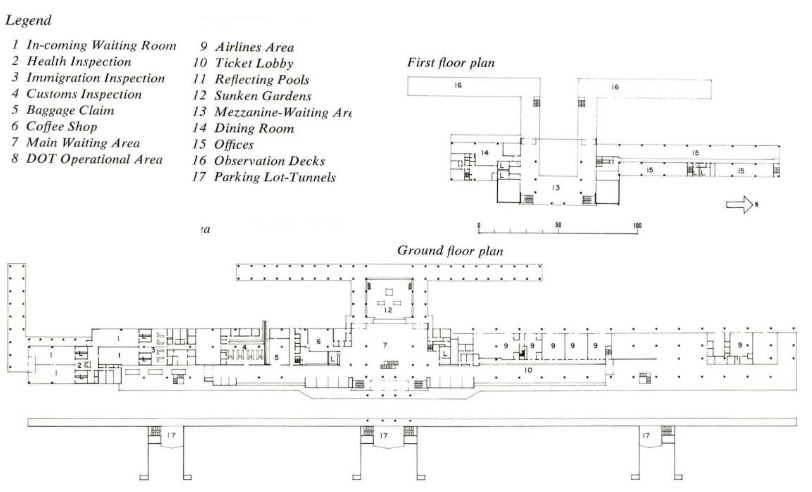 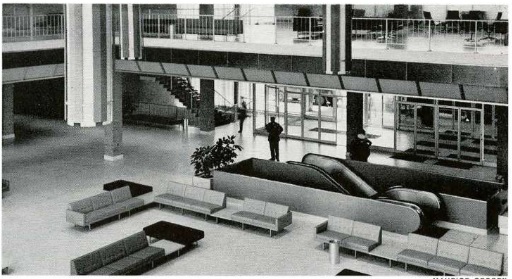 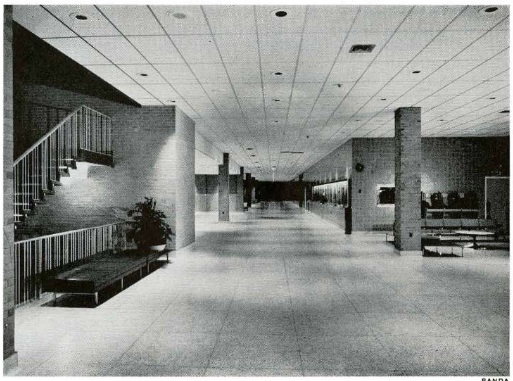 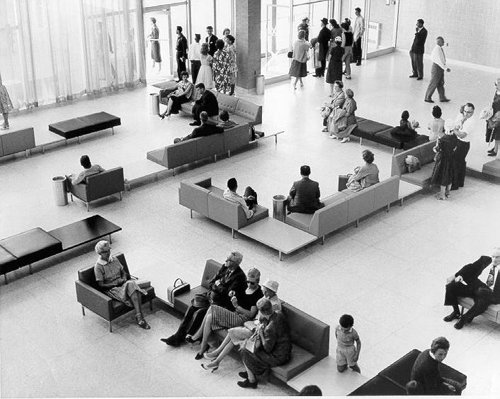 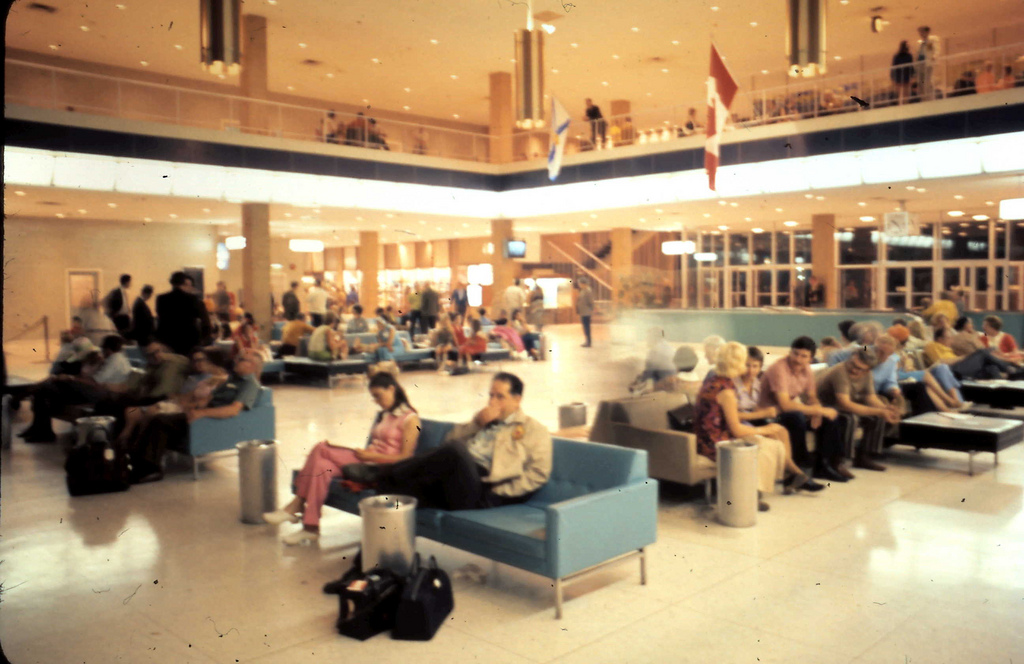 While modern, Halifax International Air Terminal was quite conservative.

Toronto’s AeroQuay 1 by John Parkin (left) was more dramatic, and was intended to be the first of 4 such structures. It was accessed via a tunnel under the tarmac, and parking was provided in the centre. Airplanes could pull up all around the structure.

The 1958 Eero Saarinen terminal At Dulles Airport in Washington is also another famous contemporary with soaring roof lines. Mobile lounges then took passengers to the aircraft.