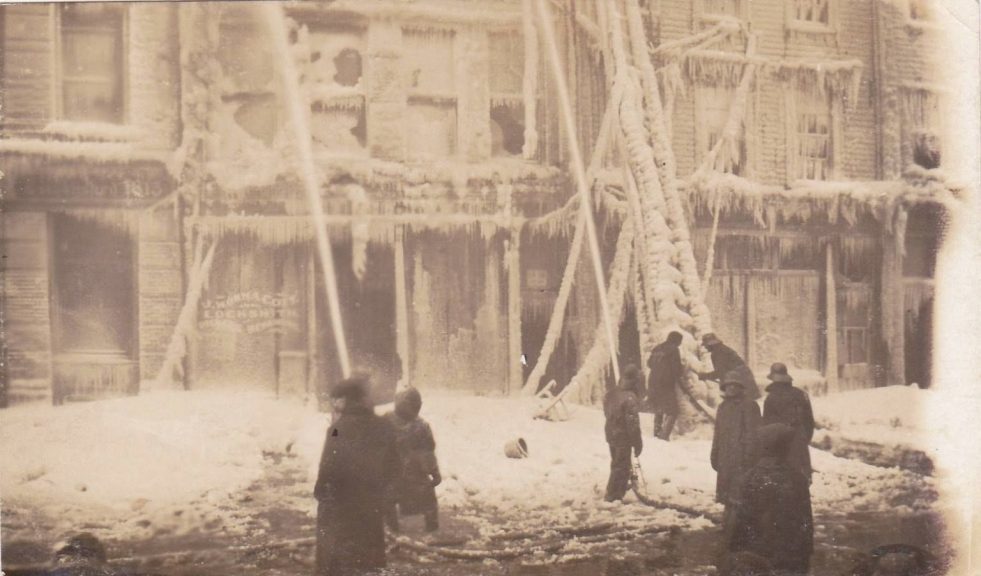 June 21, 2013 BuiltHalifax
The Corner of Barrington and George street has an interesting history. Hit by a fire on January 12,1912 which Started in the Munnis Building, The fire spread through the block in all directions. the Cabot Building (which still stands today prevented the fire from spreading further. 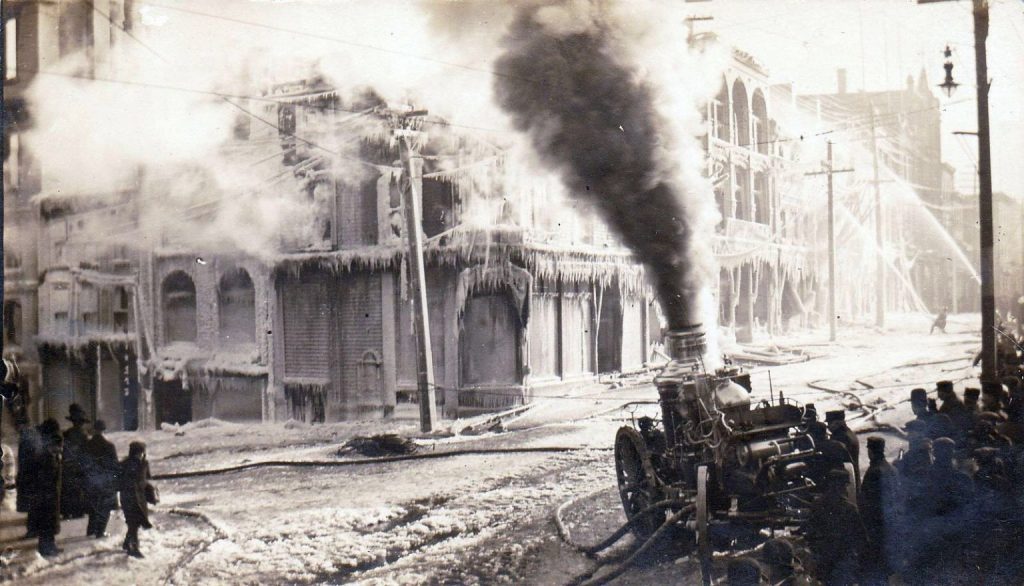 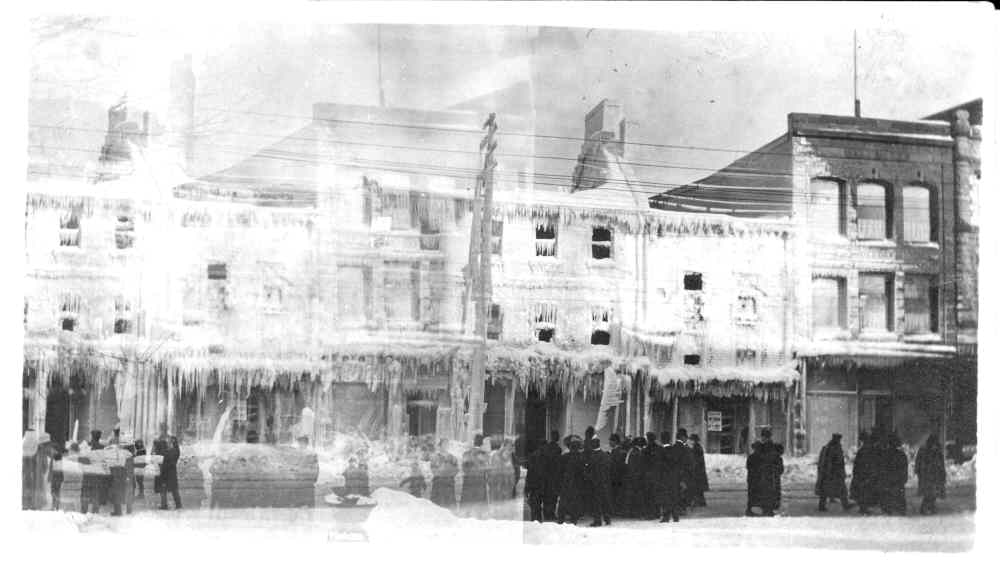 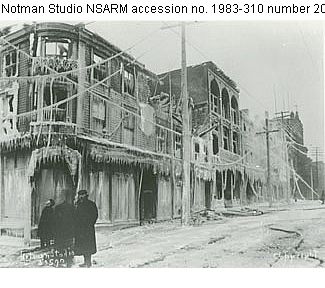 The Fire stopped at the Cabot building, and the Crowe Building next door was built as a result of the 1912 fire. The Crowe building still exists as well, and now Houses Freak Lunchbox. The Next 3 buildings make up what is now the Empty/Parking lot leading to the corner of George St. 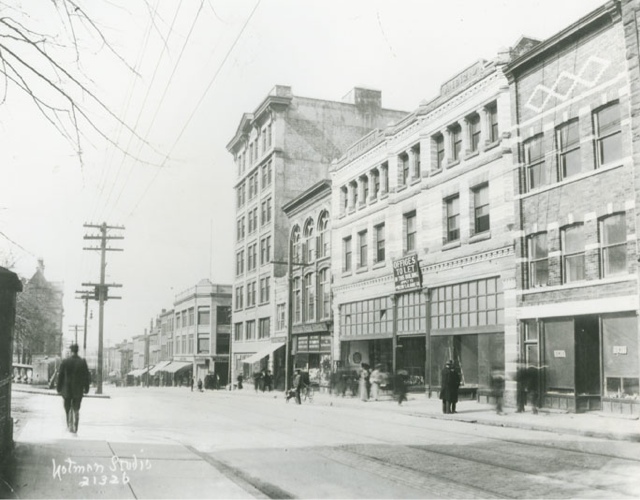 Working North from the Crowe Building, We had the Birks Building, which dates to 1912; 1735 & 1739 Barrington Street both of which appeared to have been re-constructed after the fire, and the Atlantic Trust Building on the corner. 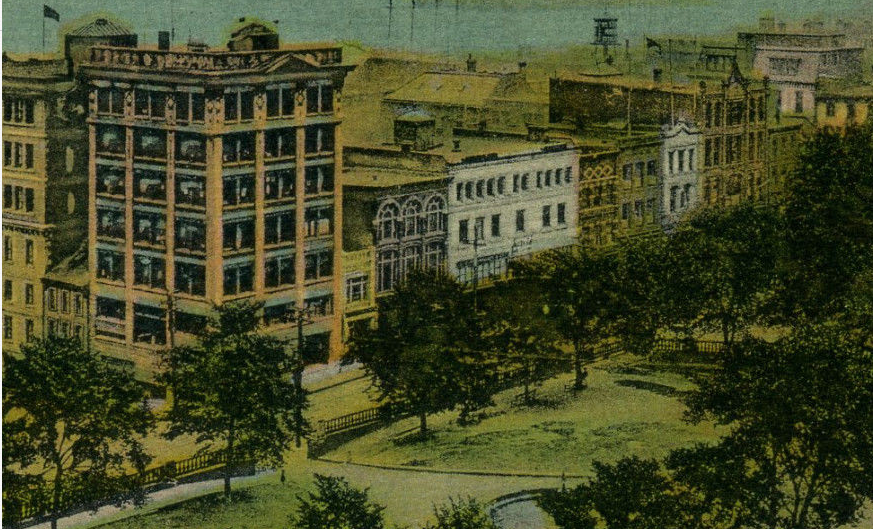 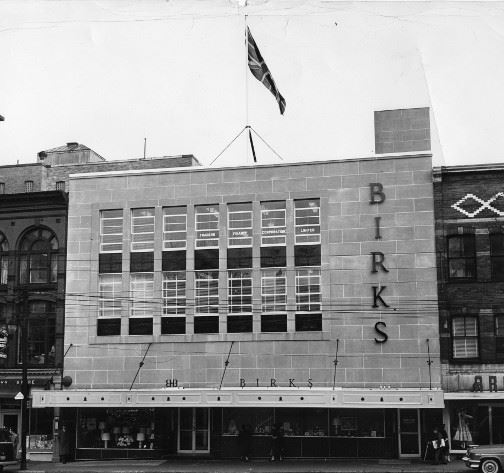 1735 barrington was rebuilt in 1912, and served as a dry goods store, and then a pharmacy. A curtain wall facade was installed in 1960’s and this was replaced by brick in 1979. 1739 Barrington served as part of the Atlantic Trust Company. The first floor was retail, and the Boardroom was located on the second floor. The ground floor was occupied by a Jeweler into the 1960’s 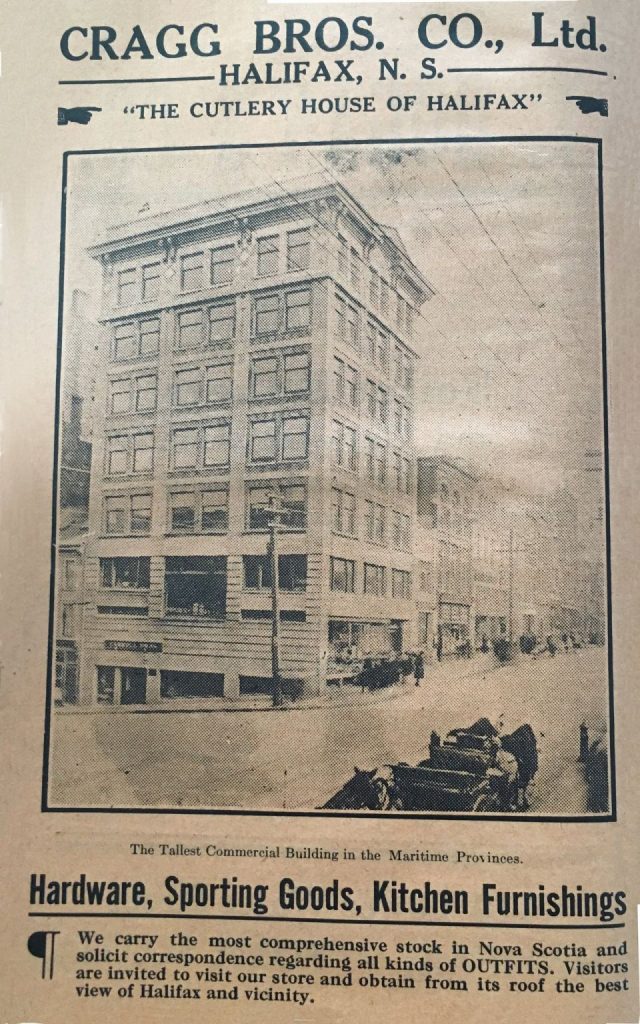 The Atlantic Trust building stood on the Corner of Barrington and George. Also built in 1912 for Cragg Bros. & Co Hardware. At the time it was considered the tallest (at 7 stories) and most modern building in the Maritimes. Likely built in the Chicago Style. with concrete and brick. In the 1960’s Most of the ornamentation was removed during a modernization by Fowler Bauld and Mitchel as part of an overhaul by Atlantic Trust.
These Structures were all demolished in the early 1980’s to make way for a never constructed office tower. The land is Currently owned by the province, and used as a parking lot. The area is included in the parcel for redevelopment of the Dennis Building.
Ironically, the Dennis building was also damaged in this fire, and was rebuilt in its current form afterwards. 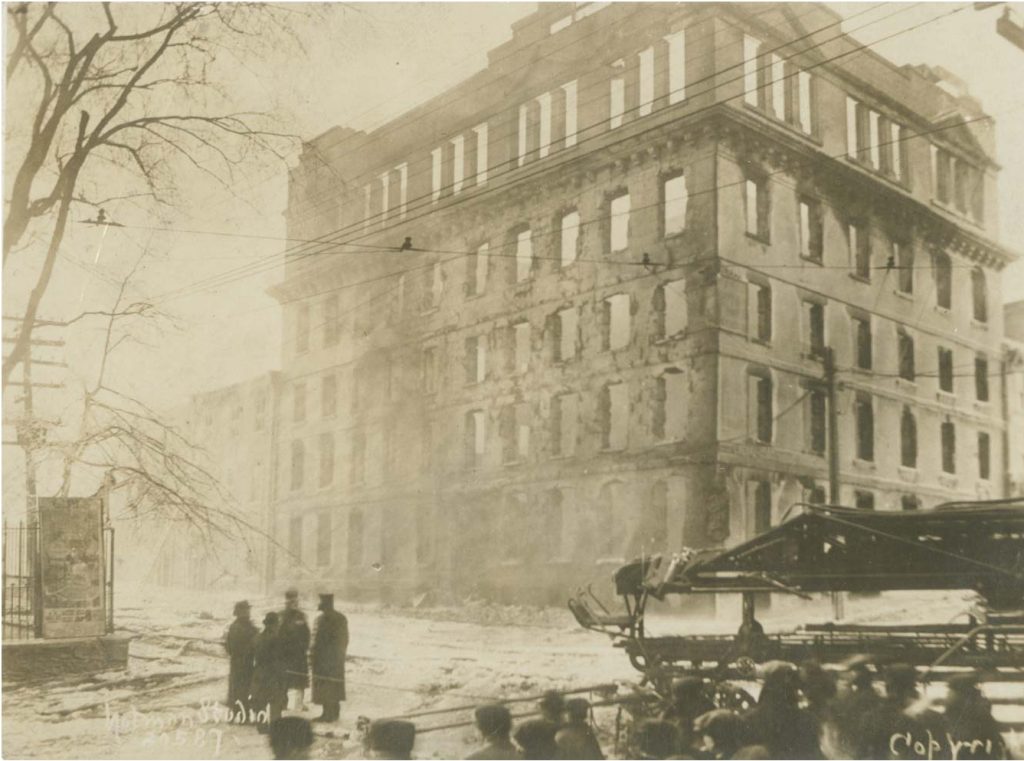