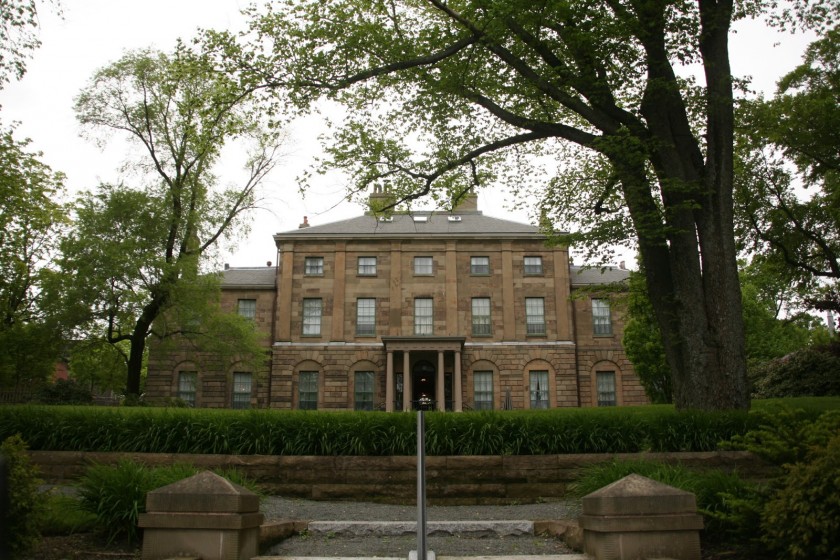 The house was designed by Isaac Hildreth who served as both architect and builder, and is a Georgian style, based on plans published in 1795 by George Richardson, who published many books of plans which were widely read by architects. (Above) View from Hollis Street. Here the 5-bay facade that is mirrored by Black-Binney House is quite obvious. Note the rusticated ground floor with the more Finley-cut ashlar stone above. When built the Hollis Street side was the principal entrance, however that duty is now assumed by the Barrington Street side. Black-Binney House also looks very similar from the elevation.