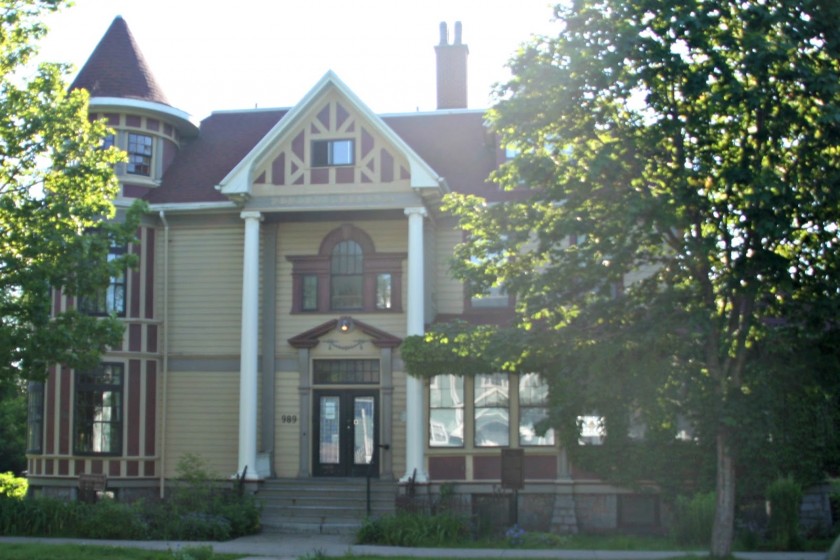 June 19, 2013 BuiltHalifax
Located on the Corner of Inglis St and Young Ave. in the south End, this house has some significant history. The House was designed by J.C. Dumaresq, in 1902 for Geroge Wright. (Note that this will not be the last time we hear of this Client/Architect relationship)Wright himself Was quite weathy, owning both the St. Pauls Building and Wright Building on Barrington street. Wright Ave. (Off  Morris, East of South Park St. is Named for him. It was also the location of a series of working class Duplexes, built behind more elaborate mansions fronting South Park St, which were also commisioned by Wright. Wright was also a supported of the temperance movement, and financially supported many local charaties.

Despite his prolific Building program, George Wright is probably best remembered not for how he lived, or what he built, but for how he died. Wright was a traveler, and was unfortunate to be Booked for passage on the Maden voyage of the Titanic. His body was never recovered. He left the House to One of the Cahartable causes he supported, the Woman’s Council of Halifax, Who continue to own the building today. Dumaresq chose to design the home in the eclectic Queen Anne Revival Style. The Queen Anne Revival is from the late Victorian era, and was most popular between 1890 and 1914. The StyleB generally feature asymmetrical facades, steeply-pitched and irregular rooflines, front-facing gables, overhanging eaves, circular or square towers with turrets in corners, unusual windows, wraparound verandas, highly ornamented spindles, and bright colours.B Most of these detians can be seen in George Wright House.

The plans and Elevations (above) Are Held by the NS Archives.